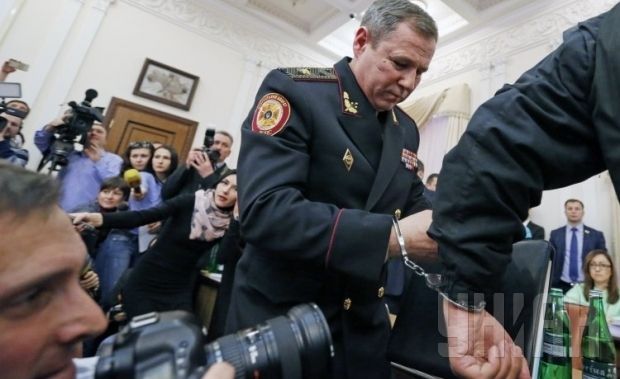 Illustrative photo: Stoyetsky while being arrested / Photo from UNIAN

The court has arrested former deputy chairman of the State Emergency Situations Service of Ukraine Vasyl Stoyetsky with the right to be released on bail worth UAH 1.182 million.

In keeping with the court ruling, the suspect or other person could put up bail until May 23, after which the suspect should be released immediately.

In case of release, Stoyetsky is obliged to visit investigators on demand and not to leave his permanent place of residence.

Justifying the decision, the court announced the suspect should be arrested as he may influence witnesses when out of prison.

The current court ruling could be appealed within 5 days in Kyiv's court of appeals.

What is more, the court turned down the defense's claim to remove two judges from the case.