Also, he said the EU condemns the Russian measures "entitling Ukrainian citizens of the areas currently not under the control of the Government to apply for Russian citizenship in a simplified manner." 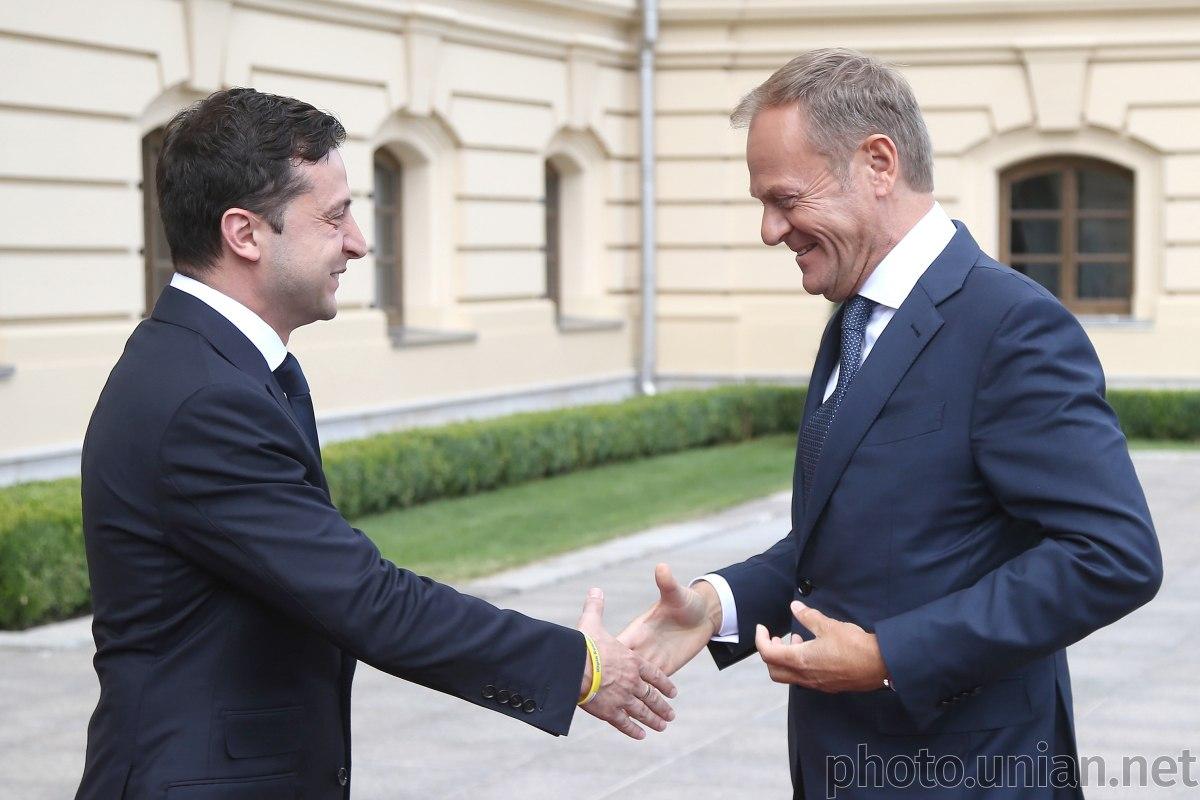 "We do not and will not recognize the illegal annexation of Crimea and Sevastopol by Russia," the official said, speaking in Kyiv Monday following the Ukraine-EU summit, the EU Council press service reports.

Only a few days ago, Tusk recalled, the EU "unanimously extended" the economic sanctions against Russia for another six months. The sanctions will "remain in place" until the Minsk agreements are fully implemented.

The June European Council also called on Russia to release without any further delay the detained 24 Ukrainian servicemen and ensure unhindered and free passage to and from the Azov Sea, according to Tusk.

Also, he noted that the EU condemns the Russian measures "entitling Ukrainian citizens of the areas currently not under the control of the Government to apply for Russian citizenship in a simplified manner," which he said "runs counter to the Minsk agreements."

The EU stands ready "to consider further options, including non-recognition of such Russian passports."

Following his visit to eastern Ukraine where he witnessed first-hand the situation at the line of contact, Tusk said "Russia has a particular responsibility" regarding the implementation of Minsk agreements.

"Today we reaffirmed our full support for the diplomatic efforts in the Normandy format, the OSCE and Trilateral Contact Group, to find a peaceful solution that respects Ukraine's territorial integrity and sovereignty," the EU Council president said.

He added that the "encouraging" disengagement in Stanytsia Luhanska "needs to be further strengthened" and that the EU expects Russia "to make full use of its considerable influence" over the militants to make this possible.

Tusk also renewed his call to Russia to release Ukrainian film director Oleh Sentsov and all illegally detained Ukrainians in Russia and the Crimean peninsula.

If you see a spelling error on our site, select it and press Ctrl+Enter
Tags:RussiaDonbassanctionsTuskMinskAgreementsdiplomacyZelenskydisengagement