The OSCE PA condemns the unprovoked act of armed aggression and unjustifiable and disproportionate use of military force by the Russian Federation against Ukrainian vessels and their crews. 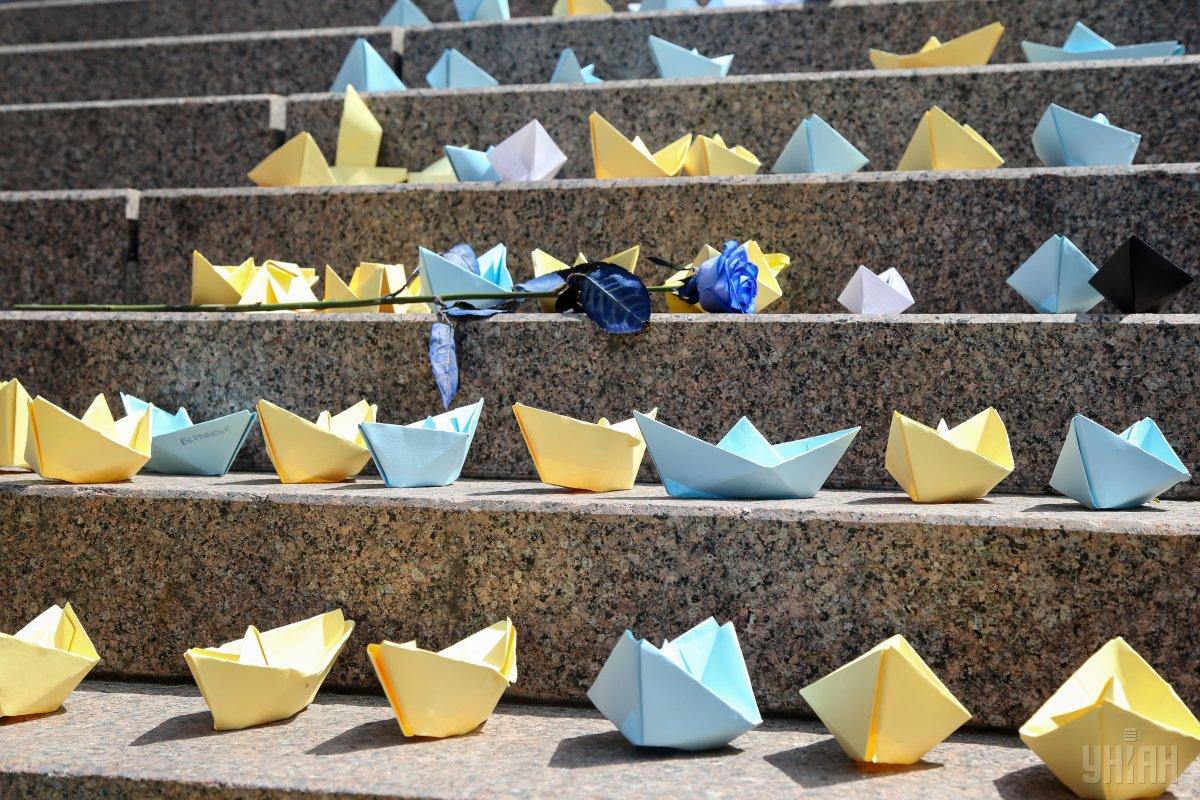 The OSCE Parliamentary Assembly has designated Ukrainian sailors captured by the Russian Federation near the Kerch Strait on November 25, 2018, as prisoners of war.

"[The OSCE PA] condemns the unprovoked act of armed aggression and unjustifiable and disproportionate use of military force by the Russian Federation against Ukrainian vessels and their crews, which took place in the neutral international waters of the Black Sea near the Kerch Strait on November 25, 2018, and encourages the OSCE Chair-in-Office, OSCE institutions and the participating States to make every effort and use all instruments available to facilitate the immediate and unconditional release of Ukrainian prisoners of war held in captivity by the Russian Federation, and the seized vessels," as reported in the Luxembourg Declaration adopted by the OSCE PA on July 8.

The OSCE PA also "urges the Russian Federation to grant, pending their release, the necessary medical, legal and/or consular assistance to Ukrainian prisoners of war in accordance with relevant provisions of international humanitarian law, including the Geneva Conventions."

According to the document, the OSCE PA "reaffirms its full respect for the sovereignty, political independence, unity and territorial integrity of Ukraine within its internationally recognized borders, which include the Autonomous Republic of Crimea, the city of Sevastopol and maritime areas."

At the same time, the OSCE PA "reiterates its grave concern over the increasing militarization of the Crimean Peninsula and the Russian Federation's intention to deploy nuclear weapons in that area, violating the non-nuclear status of Ukraine and further undermining global, European and regional peace and security."

What is more, the OSCE PA urges the Russian Federation to ensure freedom of passage in the Sea of Azov and the Kerch Strait in accordance with applicable international law, in particular the provisions of the 1982 United Nations Convention on the Law of the Sea.

"[The OSCE PA] supports providing the necessary resources to enhance OSCE SMM capabilities, in particular through the use of technical surveillance equipment, unmanned aerial vehicles and satellite imagery, to monitor the situation in the Sea of Azov and the Kerch Strait, and urges the Russian Federation to lift all impediments to the monitoring activities of the OSCE SMM, in particular in the Russian-occupied southern parts of the Donetsk region adjacent to the Sea of Azov," the declaration says.

If you see a spelling error on our site, select it and press Ctrl+Enter
Tags:RussiaUkraineDeclarationKerchStraitOSCEPAcaptivityPOWsLuxembourgsailors