Zelensky says not to allow "federalization"

The president says Ukraine and Moldova are united by a common desire to have no Russian troops in their territories. 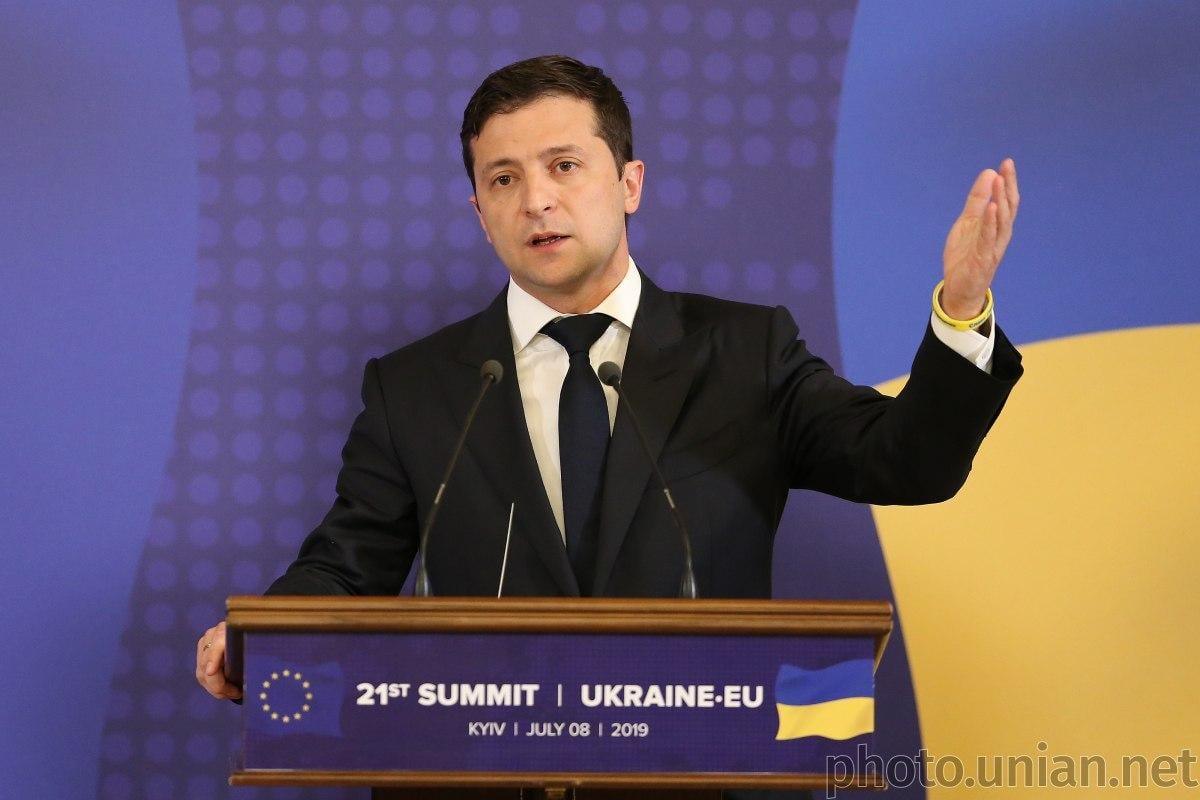 President of Ukraine Volodymyr Zelensky stresses the inadmissibility of anyone imposing any plans on the so-called federalization of Ukraine and Moldova.

The statement came during Zelensky's joint press conference with Moldova's Prime Minister Maia Sandu in Kyiv Thursday, according to an UNIAN correspondent.

"I assured Ms Sandu that Ukraine will continue providing comprehensive support to the territorial integrity of Moldova and take an active part in the negotiation process on the Transnistria settlement," he said.

According to the president, Ukraine and Moldova are united by a common desire to have no Russian troops in their territories.

"We will not allow anyone imposing any plans on so-called federalization. As for the protection of the sovereignty of our states and security in the region, our positions were united," the head of state emphasized.

As reported earlier, last year, Putin said that federalization of Ukraine and the rejection of the course toward NATO could solve the "Ukrainian problem."