The linkup between Russia-1 and Ukraine's NewsOne was to be held on July 12, but shortly before that, NewsOne said the event had been cancelled. 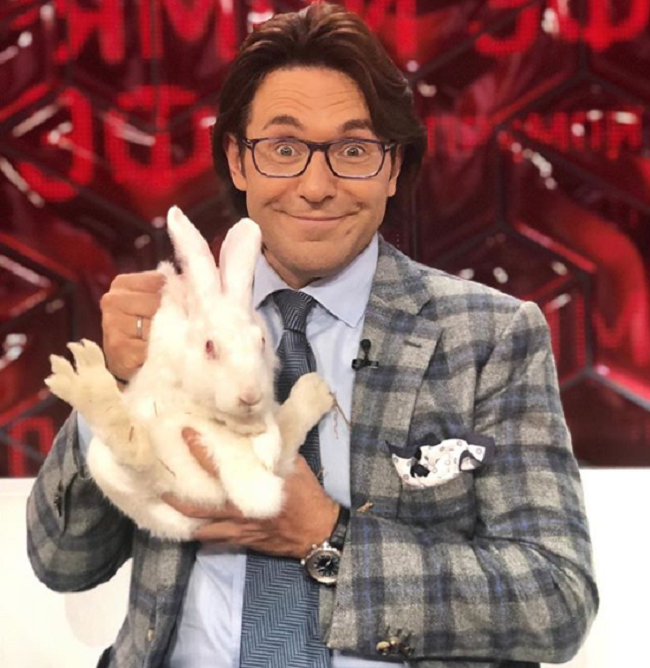 Malakhov is a host on TV channel Russia-1 / Photo from instagram.com/malakhov007/

Russian journalist and TV host Andrey Malakhov has landed up on Ukraine's Myrotvorets ("Peacemaker") database, which lists individuals posing a threat to Ukraine's security, as he was one of the hosts of a propaganda TV link-up the Russian side wanted to organize with a pro-Russia TV channel in Ukraine.

The journalist is accused of consciously participating in a disinformation and propaganda campaign waged by the aggressor country, Russia, against Ukraine, Myrotvorets said on its website.

"The Myrotvorets Center asks law enforcement agencies to consider this publication as a report on committing by this individual of conscious actions against Ukraine's national security, peace, security and international law and order," the center said in a statement.

Malakhov, a host of programs on TV channel Russia-1, together with Maria Sittel, were to conduct the notorious 'Need to Talk' link-up in a Moscow-based studio.

As UNIAN reported earlier, the link-up between Russia-1 and Ukraine's NewsOne was to be held on July 12, but later NewsOne said the event had been cancelled.

Lutsenko also stated that one of NewsOne's beneficiaries is a co-owner of Russian OAO Promsvyazbank, through which Russia's defense orders are financed. In this regard, criminal proceedings on the financing of terrorism were also registered in Ukraine.

If you see a spelling error on our site, select it and press Ctrl+Enter
Tags:RussianAggressionRussianPropagandapropagandasecurityMyrotvorets