Ukraine must be in dialogue with actual decision-makers, Razumkov said. 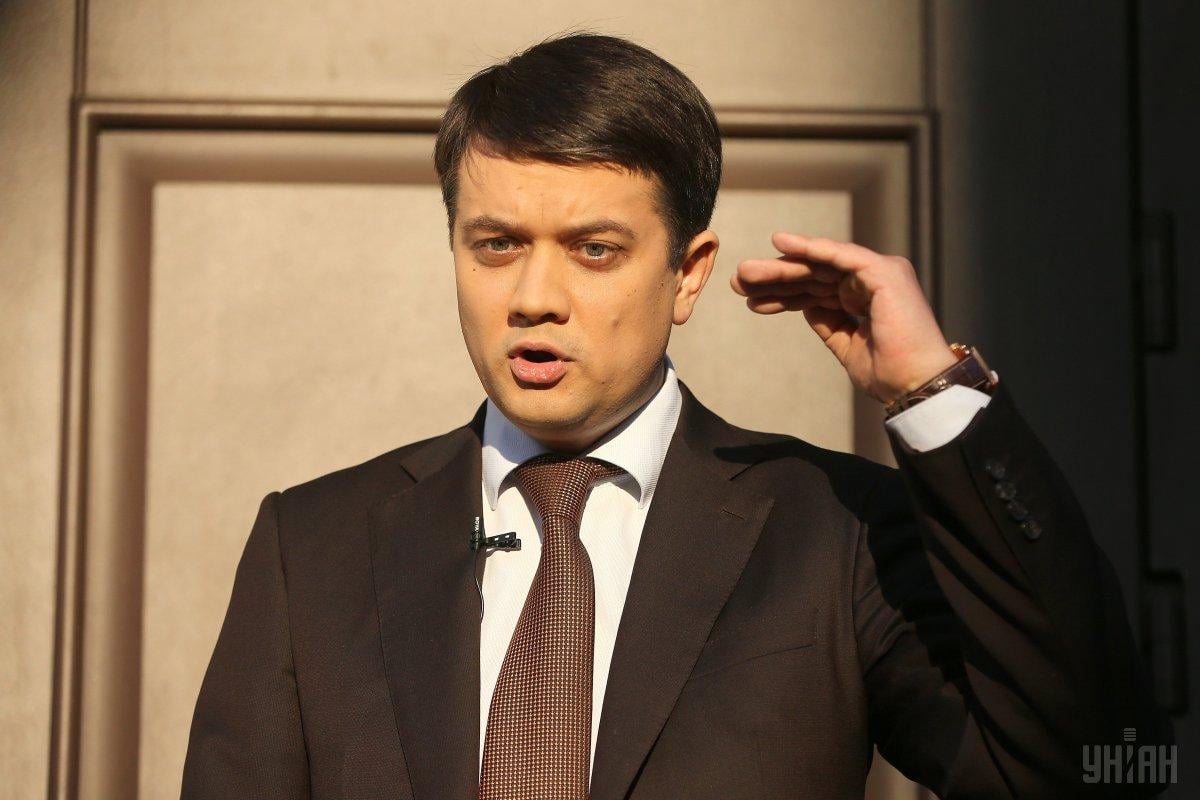 Dmytro Razumkov, leader of the Servant of the People, the party remaining in the overwhelming lead in various polls ahead of snap parliamentary elections scheduled for July 21, has said peace could be brought to Donbas only through negotiations with Russia, not the so-called "LPR" and "DPR" formations.

"The dialogue needs to be conducted with actual decision-makers. I'm sure today the representatives of the so-called 'LPR' and 'DPR' are absolutely non-independent," Razumkov told Ukrainian ICTV channel.

He stressed Moscow and Russia-controlled "LPR" and "DPR" are on the side of the conflict.

Razumkov also said it is impossible to stop the hostilities in Ukraine by military means. According to the party leader, negotiations to resolve the conflict should be conducted at several levels. The negotiation platforms should include the Minsk and Normandy formats, as well as the format proposed by Ukrainian President Volodymyr Zelensky.

"We are making maximum efforts today to attract to this process the United States and United Kingdom. I think this will give a definite impetus to the positive developments," Razumkov said.

If you see a spelling error on our site, select it and press Ctrl+Enter
Tags:RussiaDonbasUSANormandyFourUnitedKingdomMinskTalksnegotiationsformatZelenskyRazumkov