The EU Council can appeal the General Court ruling at its highest tribunal, the European Court of Justice. 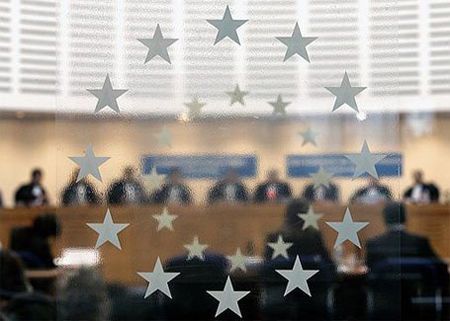 An EU court in Luxembourg has annulled asset freezes imposed on Ukraine's ex-president Viktor Yanukovych, his son Oleksandr, and five others in his team in a symbolic blow to European foreign policy in the former Soviet region.

The sanctions, based on "letters" sent to the EU Council in Brussels by the post-revolutionary authorities in Kyiv, breached the targeted officials' "fundamental rights" on "effective judicial protection", the EU's General Court said, EUObserver recalls.

But "none of the information contained in the letters ... makes it possible to consider that the Council had sufficient information to verify that those rights had been complied with," the court noted.

The other five members of the Yanukovych regime cleared by the ruling were his former revenues minister Oleksandr Klymenko, former prime minister Serhiy Arbuzov, former prosecutor general Viktor Pshonka and his son Artem, as well as Yanukovych's former chief of staff Andriy Kliuyev.

Ukraine sought their EU listing because they were accused of embezzling billions from the state.

The EU verdict said nothing on their actual culpability and any money frozen in EU states will remain so, because the court annulled sanctions imposed between 2014 and 2018 only, but not their latest renewal - until March 2020.

The EU Council can also appeal the General Court ruling at its highest tribunal, the European Court of Justice in Luxembourg.

And the EU foreign service said: "We will analyse carefully the judgments and decide on ... the way forward".

But despite its limitations, the verdict dented EU soft power in the six former Soviet states on its eastern flank - Armenia, Azerbaijan, Belarus, Georgia, Moldova, and Ukraine, the report reads.

An EU plan, the so-called 'Eastern Partnership', launched in 2009, envisaged signing political and economic "association treaties" designed to put relations with those countries on as close a footing as the EU enjoyed with Norway or Switzerland.

When Yanukovych refused to sign, he faced a popular uprising, which saw him flee to Russia.

Russia then pushed back by invading Crimea and east Ukraine, starting a conflict which has claimed 13,000 lives and which shows no sign of ending despite EU diplomacy.