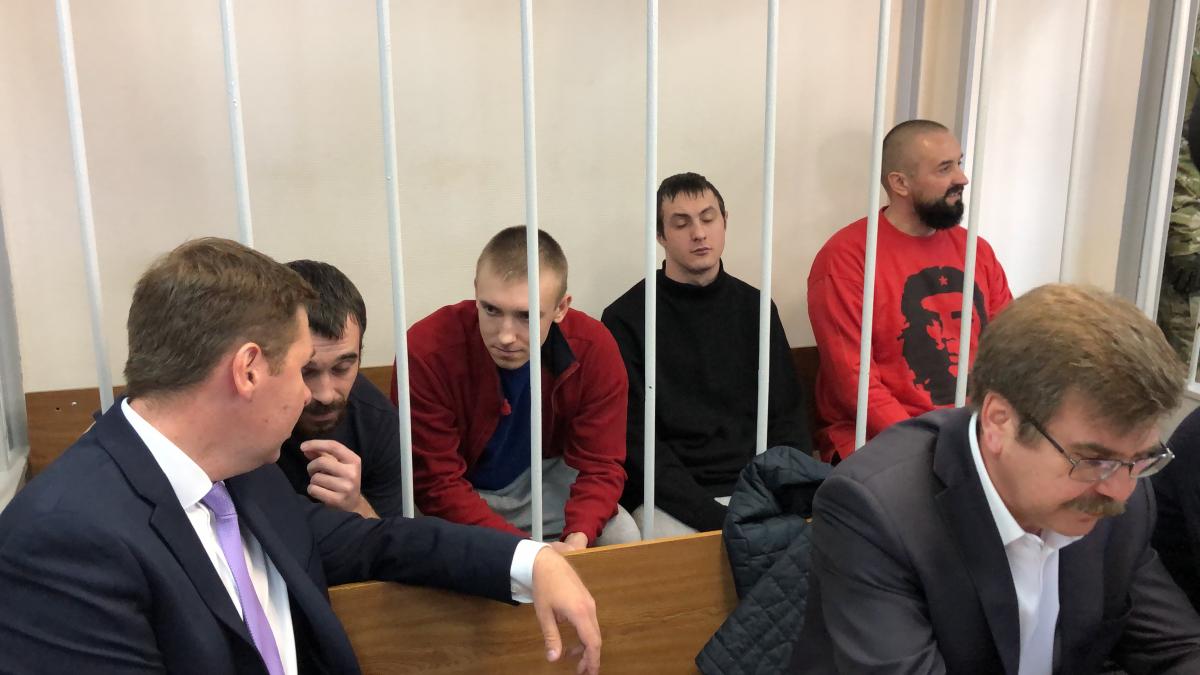 "I'll say this very carefully: there are political and legal constructions allowing Russia to release them at any moment. It's only a political decision that is needed from Moscow to this end. But Russia isn't doing that. And therefore they are not at home! At the same time, Russia is offering some kind of option and Ukraine is saying no," he said in an interview with CurrentTime.

According to Klimkin, Russia offered to release sailors from custody if Ukraine pursues their criminal prosecution.

At the same time, he said Ukraine should continue to clearly defend the position that the Ukrainian sailors did not violate anything when they intended to navigate through the Kerch Strait, and that they became prisoners of war.

"Russia has violated the immunity of our naval vessels. Russia is trying to present everything as if the occupation (of Crimea) is a fact that should be recognized. But this has only been recognized by Russia. The whole world doesn't recognize this. Look at the results of the International Tribunal's ruling: only the Russian judge voiced another opinion. And all the others said that, by definition, our sailors could not even theoretically commit a crime," Klimkin said.

"If we accept their conditions regarding our sailors, Russia will take advantage of our position on Crimea, our position in the international courts, on everything where we're heading. And they will say there was no Russian aggression. This is a very complex issue," the minister added.

Russian-controlled "courts" in occupied Crimea ruled that all 24 detainees should be remanded in custody, after which they were transferred to the Moscow-based Lefortovo and Matrosskaya Tishina detention centers. Moscow's Lefortovo district court in the middle of January 2019 decided to keep the Ukrainian sailors in remand until the end of April 2019. In April, their detention was extended until the end of August 2019.

The Hamburg-based International Tribunal for the Law of the Sea (ITLOS) said in May that Moscow must release the sailors before June 25, 2019. The Kremlin rebuffed the call.

On July 9, Russian investigators finalized charges brought against all 24 sailors.

If you see a spelling error on our site, select it and press Ctrl+Enter
Tags:KlimkininternationallawpoliticalwillPOWssailorsITLOS