The President's Office has elaborated on the details of the conversation. 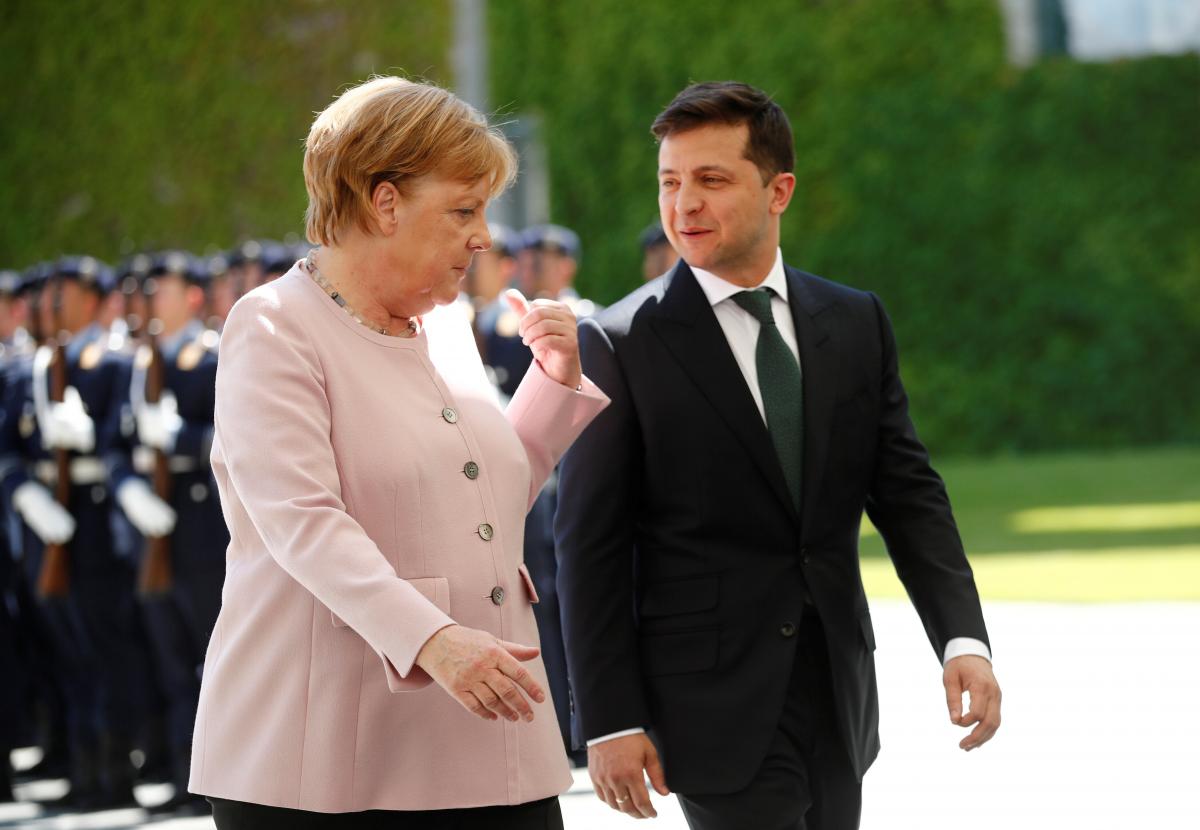 President of Ukraine Volodymyr Zelensky has discussed with German Chancellor Angela Merkel over the phone ways to further accelerate peaceful settlement in Donbas.

During their telephone conversation, the parties positively noted the outcome of the recent meeting of diplomatic advisors to the Normandy Four leaders held in Paris, which should give impetus to the efforts of the Trilateral Contact Group, the President's Office reports.

At the same time, the president of Ukraine and the German Chancellor stressed the need to achieve in the near future progress in the release of Ukrainian hostages and political prisoners, as well as complete the disengagement process in Stanytsia Luhanska, in particular, by dismantling fortifications and demining.

Also, Zelensky and Merkel focused on the issue of further ensuring gas transit via Ukraine.

Special attention was paid to discussing the prospects for the implementation of bilateral investment projects.

As UNIAN reported earlier, on July 12, foreign policy advisors to the Normandy Four (Ukraine, Germany, France, and Russia) leaders held a meeting in Paris to discuss further steps toward implementing the Minsk agreements. In particular, the advisors agreed on the introduction of a "harvest truce", demining in Stanytsia Luhanska, and the designation of the next disengagement sites.

If you see a spelling error on our site, select it and press Ctrl+Enter
Tags:DonbasMerkelNormandyFourGermanytalkssettlementZelensky