Ukrainian President Petro Poroshenko discussed the situation in the Donbas with German Chancellor Angela Merkel on Tuesday, the presidential press service has reported. 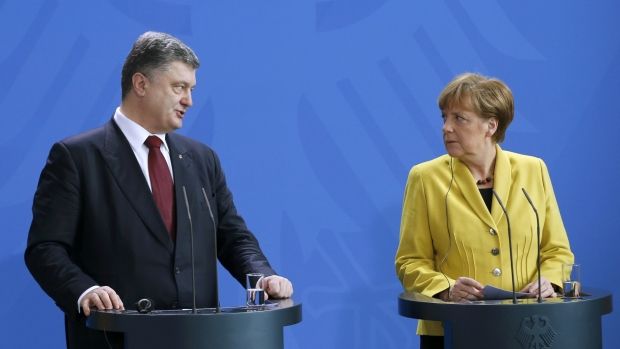 The two leaders, speaking by phone, agreed that the Russian-backed militants must comply with the ceasefire and implement all provisions of the Minsk agreements, including the release of prisoners.

Poroshenko and Merkel also called for there to be another meeting of the "Normandy Four" foreign ministers of Ukraine, Russia, Germany and France in the coming days to discuss further progress on the implementation of the Minsk agreements and the deployment of a peacekeeping mission in the Donbas.

The two leaders also said they believe that the forthcoming meeting of the Tripartite Liaison Group would also help to implement the Minsk agreements.