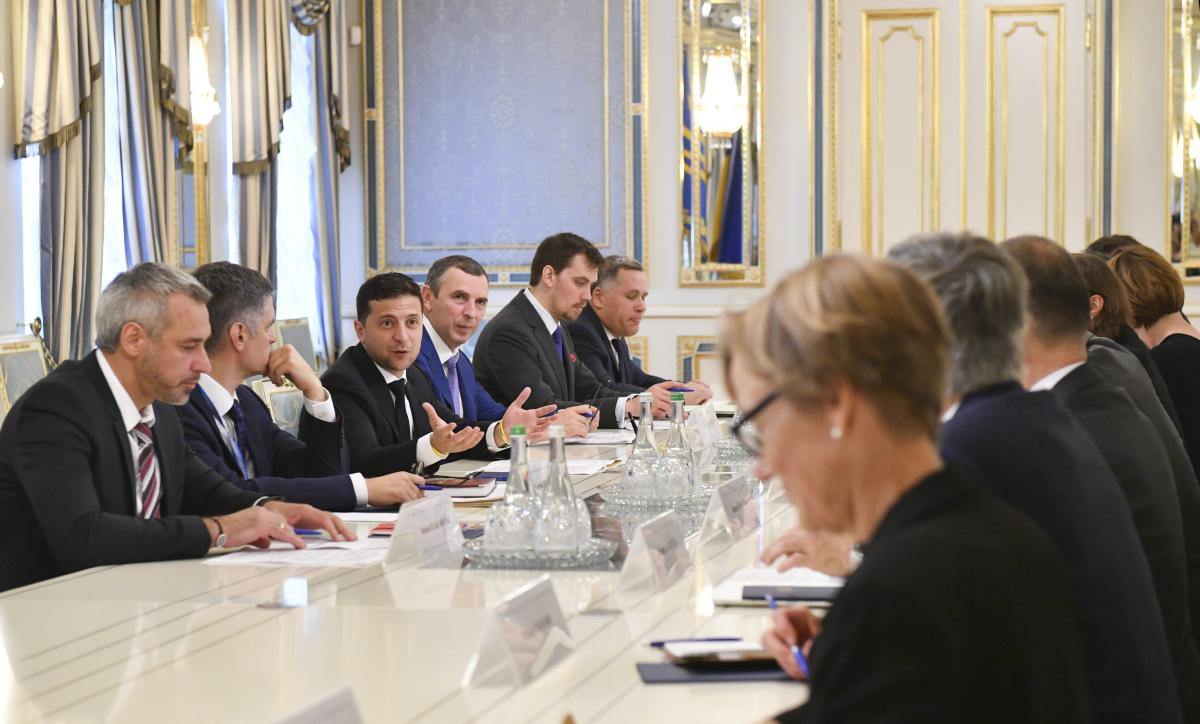 Ukrainian President Volodymyr Zelensky has thanked G7 Ambassadors' Support Group and the heads of the representative offices of the European Union and NATO in Ukraine for supporting Ukraine's sovereignty.

"[I] thank representatives of your countries for the continued support of the sovereignty and territorial integrity of Ukraine," the president said at a meeting with diplomats in Kyiv on July 24, the presidential press service told UNIAN.

Read alsoDate of Zelensky-Trump meeting not set yet – U.S. envoy

"The situation is very difficult today, but you have taken a strong, consistent pro-Ukrainian position," Zelensky said.

The president thanked the diplomats for international observers' presence at the early elections to the Verkhovna Rada, Ukraine's parliament, on July 21, 2019.

"These are not the first elections in Ukraine, which are held peacefully, democratically, and this is due, in particular, to international observers. Thank you for the help," Zelensky said.

The foreign envoys in turn expressed readiness to provide broad support for the implementation of an ambitious reform program, which was announced by the head of state earlier and is expected to receive the necessary support of the newly elected Ukrainian parliament.

Zelensky informed the participants of the meeting about the situation in Donbas and the latest steps taken to disengage forces and weapons near the village of Stanytsia Luhanska.

He stressed further progress in resolving the conflict depends on strict adherence to the ceasefire.

The focus of the meeting was also on the in-depth reforms that Ukraine is implementing and on supporting the efforts of the president and his team from international partners, the presidential press service said.

If you see a spelling error on our site, select it and press Ctrl+Enter
Tags:DonbasreformsPresidentZelensky