The tanker was used to block Ukrainian naval boats. 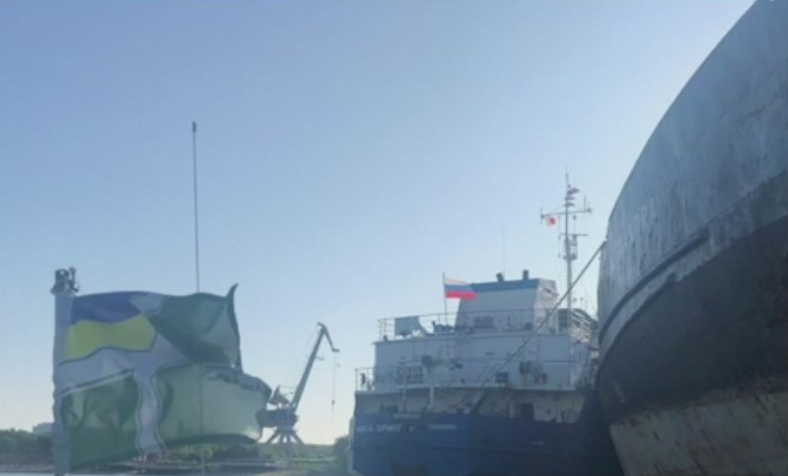 The SBU Security Service of Ukraine, together with the military prosecutor's office, has detained the Russian NEYMA tanker as part of the investigation into a brazen attack on and seizure of Ukrainian naval vessels near the Kerch Strait on Nov 25, 2018.

The tanker was used to block the naval group from passing through the Strait connecting the Black Sea and the Sea of Azov.

"During the pretrial investigation, it was established that, by direct order of the Russian FSB top leadership, the FSB's Border Guard Service officials committed an act of armed aggression against the Ukrainian naval vessels Nikopol, Berdyansk, and the Yana Kapu tugboat in the Kerch Strait," the SBU press center reports.

It is noted that, contrary to the norms of international maritime law, Russian coast guards illegally, with the use of weapons, blocked the movement of Ukrainian vessels during the passage of the Kerch-Yenikale Canal in the Kerch Strait, using the NEYMA tanker (IMO 8895528, MMSI 273347000, Russian flag).

"Such illegal actions contributed to the violent, with the use of weapons, stopping and seizing of the Ukrainian naval vessels along with 24 crew by the Russian FSB coast guards," the SBU said.

Under the procedural guidance of the military prosecutor's office, the SBU investigators began a pretrial investigation into the fact of the blocking of the Kerch-Yenikale Canal in the Kerch Strait by NEYMA.

In addition, according to evidence collected by the military prosecutor's office and the SBU investigators, 15 officials of the highest military leadership of the Russian Federation, including a rear admiral, two vice admirals, and a colonel general, were declared suspects in absentia.

On July 24, according to the information of the Ukrainian border guards, tanker NIKA SPIRIT entered the port of Izmail under the Russian flag. According to data from the EQUASIS international information system, the vessel was identified as the NEYMA tanker, which had been used to block the Kerch Strait.

The investigation found the Russian owners had changed the tanker's name in order to conceal its involvement in illegal actions and an act of aggression, which unfolded on November 25, 2018.

A group of the SBU investigators, military prosecutors and border guards have completed warranted investigative actions at the detained tanker, namely a search, to establish the actual circumstances of the case. Records of radio communications during the incident, and logbooks.

Crew members were interrogated, while documents necessary for establishing the truth in the case were seized.

The tanker is recognized as material evidence in the case.

The investigators are preparing a motion to be filed to the court, requesting that the vessel be arrested.