Colonel Mykola Makarenko, who is suspected of organizing a criminal gang, is wanted by the police. 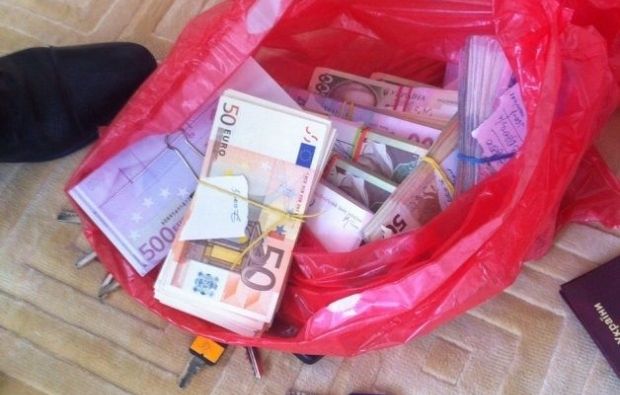 The Interior Ministry has conducted a number of searches and seizures as part of the elimination of criminal schemes revealed at the Kyiv traffic police department.

"The Interior Ministry's internal security service jointly with Kyiv prosecutors have conducted a series of searches and seizures today as part of the elimination of criminal schemes revealed among Kyiv traffic police officers," Avakov wrote.

According to Avakov, the criminals used such schemes to obtain illegal cash during car registration at a local state vehicle registration and driver licensing center.

Avakov informed about the detention of Lieutenant Colonel Mykola Zhebel, who heads the vehicle registration and driver licensing department of Kyiv traffic police subordinate to the Interior Ministry.

At the same time, "Kyiv traffic police chief, Colonel Mykola Makarenko, who is suspected of organizing a criminal gang, has fled in the direction of Belarus. He is wanted by the police for questioning and decision-making."

Avakov claims that work is also being done with some other members of the gang – both civilians and police officers.

The abovementioned persons are suspected of racketeering and receiving monthly payments from employees of centers that provide services related to the use of motor vehicles. The centers were subordinate to the Interior Ministry's Kyiv-based main department. 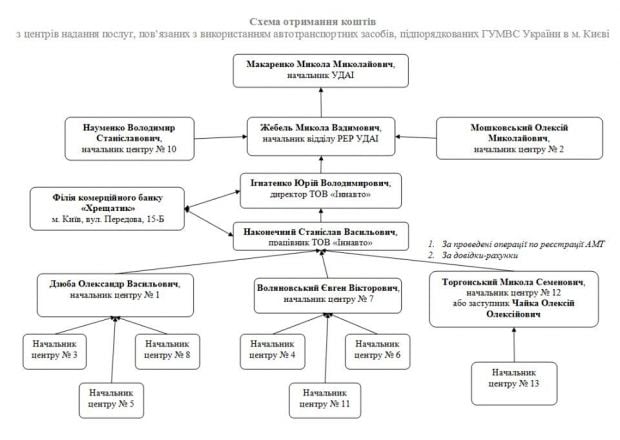 In addition, the minister said that the criminal gang had monopolized the sale of the state vehicle registration and driver licensing center's invoice and certificate blanks. "In particular, Zhebel would illegally earn over UAH 600,000 every month via Innavto Ltd., he had connections with. He made UAH 720 per single blank," the minister wrote.

According to Avakov, following searches at Innavto, proof of the criminal corruption schemes used by Makarenko and Zhebel was found: documents with schemes how to get money from subordinates, cash siphoned through the entire criminal chain.