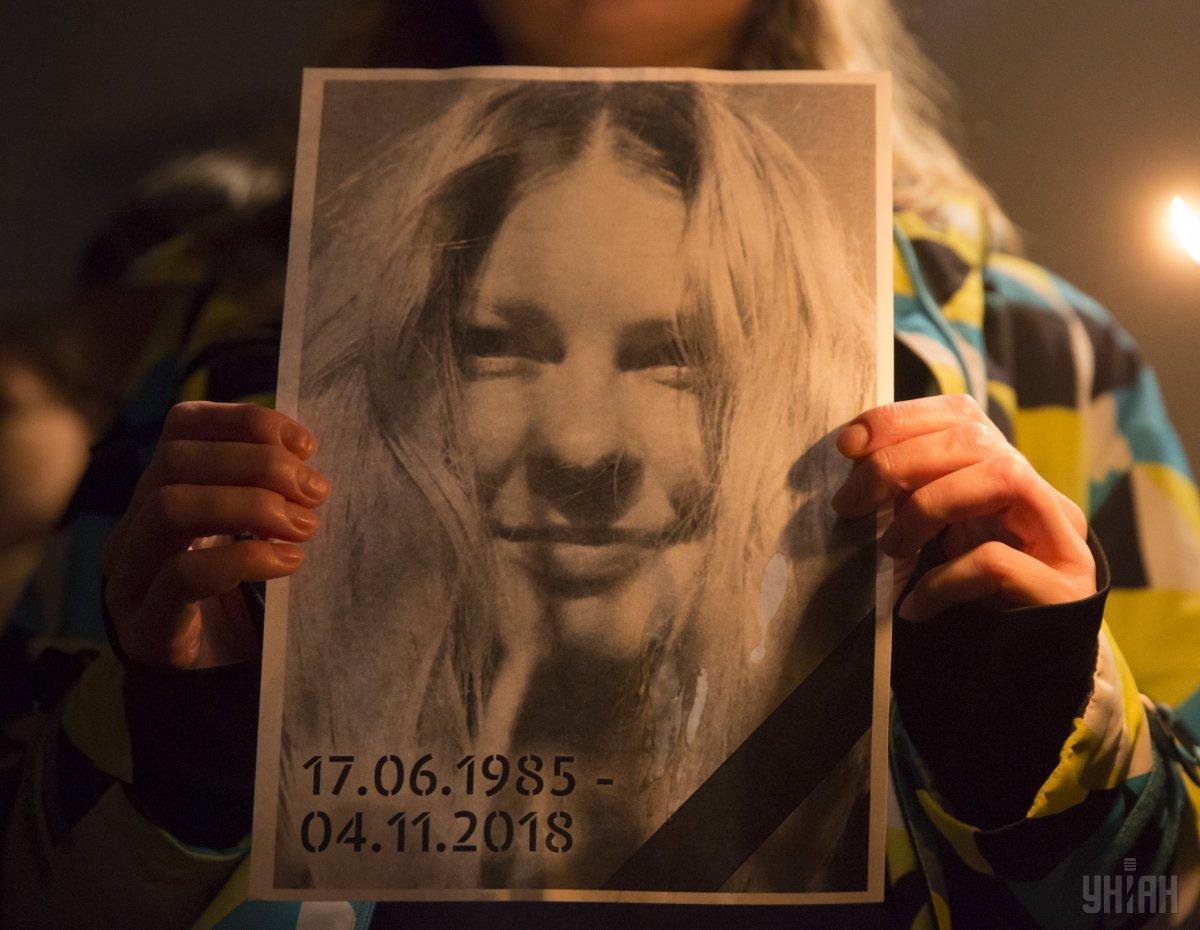 A decision by Ukraine's prosecutor-general to suspend an investigation against a high-ranking regional official charged in the death of a Ukrainian anti-corruption activist has sparked concern in the country.

Kateryna Handzyuk, a 33-year-old civic activist and adviser to the mayor of the Black Sea port city of Kherson, died in November 2018 – three months after she was severely injured in an acid attack, RFE/RL's Ukrainian Service reported.

Prosecutors in February arrested Vladyslav Manger, head of the regional council in the southern region of Kherson, and charged him with ordering the Handzyuk attack. Manger was later released on bail. He has denied any involvement in the attack.

In a July 25 statement, the Prosecutor-General's Office announced that the probe into Manger and a second suspect, Oleksiy Levin, had been suspended because Levin's whereabouts remain unknown.

The statement was published shortly after news portal Slidstvo.info reported about the move, revealing that the prosecution's decision was in their possession.

The statement said Manger and Levin's involvement in the case is connected, and cited as legal basis for the suspension paragraphs two and three of Article 280 of Ukraine's Criminal Procedural Code.

The two paragraphs allow the suspension of an investigation when a suspect's whereabouts are unknown and/or an international arrest warrant was issued.

Yevhenia Zakrevska, a lawyer for Handzyuk's family, on July 25 publicly challenged the decision to suspend the investigation, saying the justification was unconvincing and the move could help the two men evade justice.

In June, five men were sentenced to prison terms between three and six and 1/2 years for organizing and executing the attack, after they pleaded guilty and made deals with investigators.

Human-rights activists have accused Ukrainian law enforcement agencies of failing to thoroughly investigate the growing number of attacks on activists, and even of collusion with the perpetrators in some cases.

If you see a spelling error on our site, select it and press Ctrl+Enter
Tags:PGOKaterynaHandziukHandziukmurderHandziukassassination