The participants of the meeting expressed the hope the ceasefire introduced on July 21 would be comprehensive and sustainable. 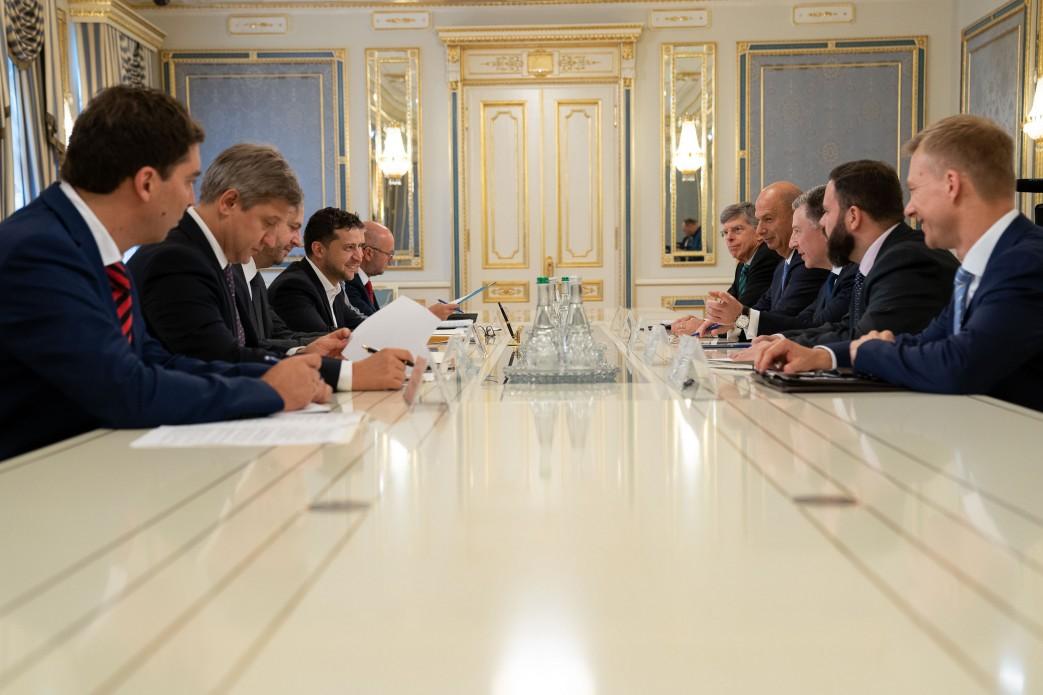 Ukrainian President Volodymyr Zelensky has discussed the current situation in Donbas with U.S. Special Representative for Ukraine Negotiations Kurt Volker and U.S. Ambassador to the EU Gordon Sondland, in particular, the process of the disengagement of forces and weapons near the village of Stanytsia Luhanska.

During the meeting, Zelensky thanked the American side for the consistent support of Ukraine and efforts aimed at achieving a peaceful settlement of the conflict in Donbas, according to the president's press service.

The officials noted the need for the occupying authorities to implement mutual steps previously agreed by the parties, which will make it possible to successfully complete the disengagement of forces and improve the humanitarian situation on the contact line.

The participants of the meeting expressed the hope the ceasefire introduced on July 21 would be comprehensive and sustainable, and any armed provocations from the occupied territories would eventually end.

If you see a spelling error on our site, select it and press Ctrl+Enter
Tags:DonbasUkraineUSAceasefireconflictKurtVolkersettlementZelenskydisengagement