Poroshenko calls on coalition to boost work on reform bills

The Ukrainian president particularly stressed the need to intensify the work over draft laws that are necessary for the fulfillment of the parliamentary coalition agreement. 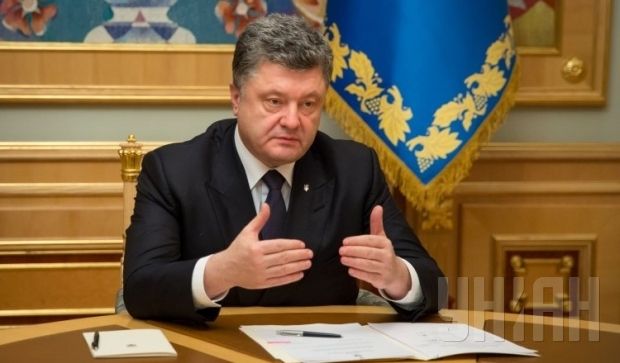 Ukrainian President Petro Poroshenko has called on the heads of the factions of the Ukrainian parliamentary coalition to boost work on bills needed to conduct reforms in the country.

He announced this at a working meeting with the faction leaders.

In particular, President Poroshenko stressed the need to intensify the work over the draft laws necessary for the fulfillment of the parliamentary coalition agreement and elaborated at the National Reform Council in order to accelerate the process of state reformation.

According to the Ukrainian president, the Constitutional Commission had already been formed and would begin its work the following week. He called for acceleration of the constitutional reform and noted the necessity of power decentralization and abolishment of judicial and parliamentary immunity.