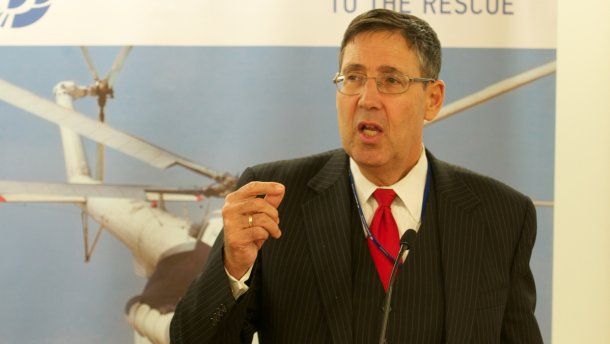 "As far as I know, a total of 75 soldiers have been killed since the ceasefire of February 15. That is too much during a ceasefire. Putin will stop only if he has to pay a very high price for the continuation of the aggression," he said.

Herbst said it was important for the leaders of the European Union to decide to extend sanctions against the Russian Federation in order to counter Russian aggression.

In addition, Herbst called on the West to begin supplying weapons to Ukraine, which he said could reduce the possibility of a new attack from the Russian Federation.

"We have to stop the aggression of Mr. Putin here, in Ukraine. American political circles, as well as the Congress, clearly see that this concerns the vital interests of the United States. And I think that this year Washington will decide on the supply of weapons to Ukraine," he said.

"Supplies of weapons to Ukraine can reduce the possibility of a new attack from the Russian Federation. Putin will face a difficult choice – he will have to stop aggression in Ukraine, or he will have very serious problems in his country. This is the choice that the West should impose on Russia," Herbst said.