Symonenko arrives for questioning at SBU

The leader of the Communist Party of Ukraine Petro Symonenko on Monday arrived for questioning at Ukraine’s SBU state security service. 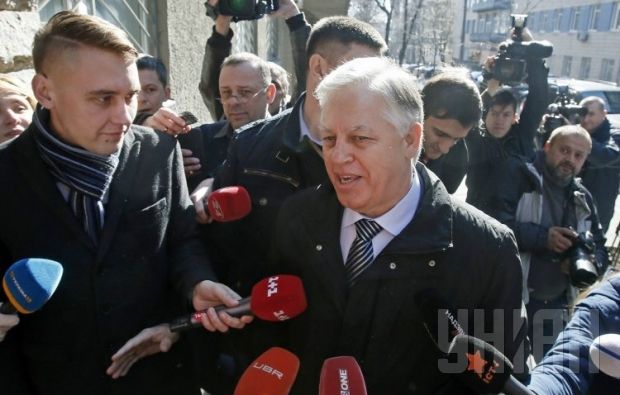 "It is obvious that the Ukrainian government is trying once again to crack down on the Communist Party, based on the fact that in May the social tension among the population will increase dramatically," Symonenko said in an interview with journalists.

As UNIAN reported earlier, the leader of the Communist Party of Ukraine Petro Symonenko agreed to visit the office of the Security Service of Ukraine (SBU) on Monday, April 6, for questioning, at 1000 Kyiv time.

As reported earlier, on March 30 Ukrainian Justice Minister Pavlo Petrenko demanded that the SBU check information disclosed by Ukrainian MPs that Symonenko had been elected a member of the presidium of the Russian Communist Party plenum.

The Justice Ministry also demanded an additional investigation into Symonenko's involvement in offences related to terrorism financing, support for militant organizations such as the Donetsk and Luhansk peoples’ republics in eastern Ukraine, recognition of the annexation of Crimea, and activity aimed at overthrowing constitutional order and violating Ukraine's territorial integrity.