The president also emphasized that state authorities should not interfere in church affairs. 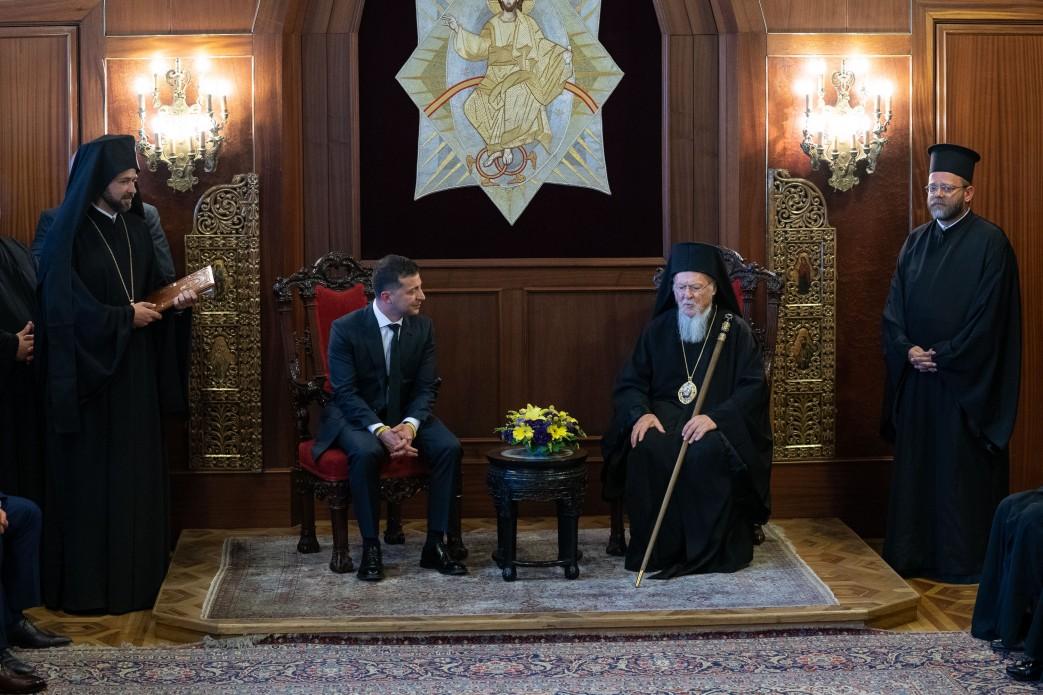 President of Ukraine Volodymyr Zelensky has assured Ecumenical Patriarch Bartholomew I during their meeting in Istanbul on Thursday, Aug 8, that he would defend the independence of the church.

The Ecumenical Patriarch "once again reaffirmed support for the territorial integrity and sovereignty of Ukraine," according to the press service of the head of the Ukrainian state.

In turn, the president thanked the Ecumenical Patriarch for supporting Ukraine.

"Our common value is human life. And this is important for me, especially now, after I became the president of Ukraine. The authorities should not interfere in church affairs, I will defend the independence of the church," Zelensky emphasized.

The press service noted that the program of the visit of the president of Ukraine to Turkey includes a visit to the Church of St. George, located on the territory of the Ecumenical Patriarchate.

If you see a spelling error on our site, select it and press Ctrl+Enter
Tags:presidentindependencereligionchurchZelensky