On August 10, Putin visited the Crimean peninsula, where he took part in the Shadow of Babylon bike show organized by the Night Wolves motorcycle club. 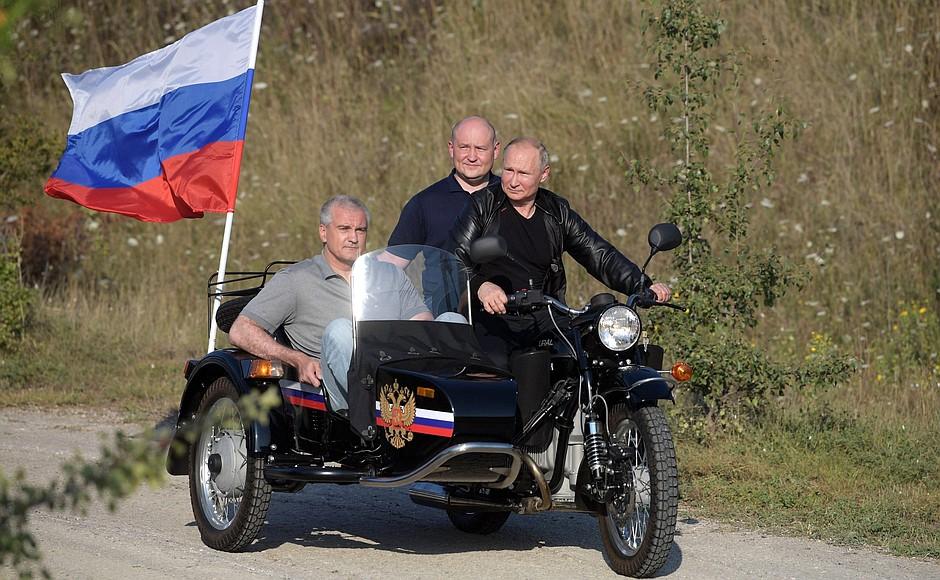 Ukraine's Ministry of Foreign Affairs has expressed a strong protest over Russian President Vladimir Putin's visit on August 10 to the temporarily occupied territories of Ukraine – the Autonomous Republic of Crimea and the city of Sevastopol.

As was the case with all previous visits by Russian officials to the temporarily occupied territory of Ukraine without the latter's consent, this trip is a gross violation by the Russian side of Ukraine's state sovereignty and territorial integrity, the ministry said in a statement posted on its website.

"Attempts by the Russian side and the media to interpret such 'visits' as 'routine' internal trips by Russian officials are void. Crimea and Sevastopol are an integral part of the sovereign territory of Ukraine," the Foreign Ministry emphasized.

It says that "any journeys of Russian officials cannot change the status of those territories stipulated in the Constitution and laws of Ukraine, but this once again demonstrates neglect by the Russian Federation of generally recognized principles and norms of international law, including the UN Charter, resolutions of the UN General Assembly, as well as obligations Russia under bilateral and multilateral treaties to which Ukraine and the Russian Federation are signatories."

On August 10, Putin visited the Crimean peninsula, where he took part in the Shadow of Babylon bike show organized by the Night Wolves motorcycle club.

On the same day, large-scale protests took place in Moscow, where more than ten teenagers were detained.

The Moscow rally was held for free elections and in support of those arrested during previous rallies.

Also, mass rallies and solitary pickets in support of protesters were held in other cities of the Russian Federation.

Protests in Moscow and St. Petersburg were followed by mass detentions of activists.

If you see a spelling error on our site, select it and press Ctrl+Enter
Tags:CrimeaPutinprotestMFAUkraineoccupiedCrimea