Putin only one who can stop war in Donbas, U.S. envoy believes

Taylor is convinced that Zelensky should hold talks with Putin to discuss the issues of Donbas, the Black Sea, and the Kerch Strait. 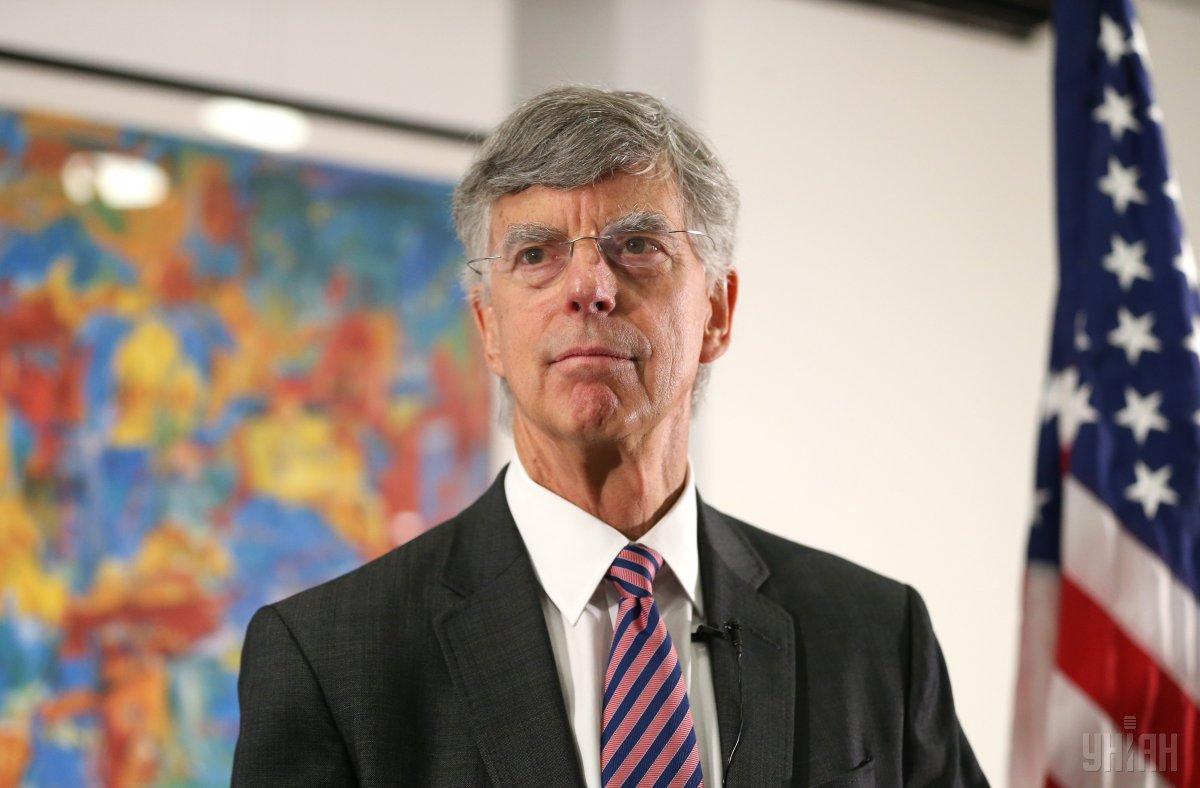 William Taylor, Chargé d'Affaires, a.i. of the United States Embassy in Kyiv, says Russian President Vladimir Putin is the only one who can stop the war in Donbas, eastern Ukraine.

But what is important is that at the moments of escalation, Ukrainian President Volodymyr Zelensky held a phone conversation with Russian President Vladimir Putin twice to discuss incidents related to the war, Taylor told the Ukrainian media outlet European Pravda on August 15, according to a report published in Ukrainian.

When asked if Ukraine could stop the war in Donbas, the diplomat said that it could not, adding that the only one who can stop the war is Vladimir Putin.

Taylor is convinced that Zelensky should hold talks with Putin to discuss the issues of Donbas, the Black Sea, and the Kerch Strait. The diplomat says he is inspired with the fact that Ukrainians and Russians are now able to talk about this in principle.

The U.S. envoy also believes that Putin is able to stop the war within 24 hours.

According to Taylor, the Russian president can just issue instructions to withdraw the army, special services, and Russian weapons from Donbas, and that is when the conflict will be settled.

Taylor is convinced that the sanctions imposed by the West are putting pressure on the Russian president.

Officials, who are close to Putin, are concerned about sanctions and looking for ways to ease them, he said. The sanctions have lasted much longer than both Putin and his team predicted. They are affecting both the Russian economy and certain persons who are now limited in their ability to travel and whose assets have been frozen. This is real pressure, which may force Putin to make the relevant decision, Taylor believes.

At the same time, the diplomat noted that the introduction of a peacekeeping mission in Donbas remains on the agenda, but this is not the only solution.

Putin and the international community are talking about the scenario, which is not provided for by the Minsk agreements, while it does not contradict the accords. According to Taylor, it is possible to obtain consent from the UN Security Council for a group of states to form a pool of observers and peacekeepers. They will ensure the withdrawal of troops to Russia and disarmament of the so-called "republics," as well as create the conditions under which local elections could be held in Donbas.

The international community is able to create courts, return migrants, and resume the payment of pensions in Donbas, Taylor notes, adding that this will allow the Russians to withdraw their forces from this territory. In this case, Putin will be able to "save face" and say he has successfully defended Russian-speakers in Donbas and handing this role to the international community.