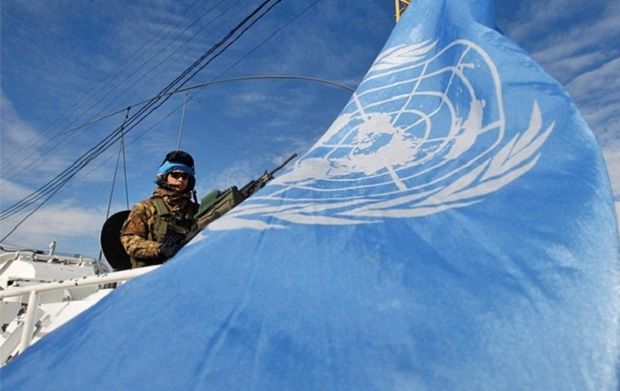 Poroshenko announced this at a joint press conference with Polish President Bronislaw Komorowski in Kyiv on Wednesday, an UNIAN correspondent reported.

"At our meeting today, we've paid part of our attention to the deployment of a peacekeeping mission of the UN and the EU in Ukraine and to the coordination of our joint actions for the deployment. And we've agreed that this coordination will be carried out in future," Poroshenko said.

As UNIAN reported earlier, the Ukrainian president suggested at a meeting of the National Security and Defense Council (NSDC) on February 18 that the issue of inviting a UN peacekeeping mission to Ukraine be discussed. He said then that the best format for Ukraine would be the deployment of an EU police mission, who will work on the basis of a decision by the UN Security Council.

On the same day, February 18, the NSDC decided to appeal to the United Nations and the EU for launching peacekeeping operations in Ukraine. NSDC members suggested that UN peacekeepers should be stationed along the line of contact in Donbas and those stretches of the Ukrainian-Russian border which are not controlled by the Ukrainian government.