The Verkhovna Rada, Ukraine's parliament, on Thursday declared May 8 a national Day of Remembrance and Reconciliation in honor of all victims of the Second World War. 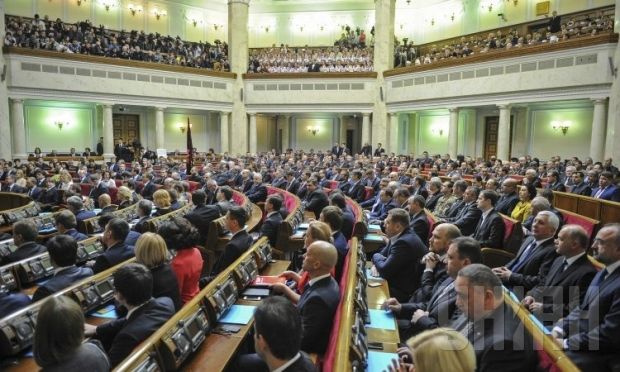 The corresponding bill, No. 2539 "On perpetuation of the victory over Nazism the Second World War of 1939-1945" was supported by 261 MPs, according to Ukrainian newspaper Ukrainska Pravda.

On May 9, the Ukrainians will celebrate the Day of Victory over Nazism in the Second World War.

According to the head of the Ukrainian Institute of National Remembrance Volodymyr Viatrovych, it is necessary to reject "Soviet clichés." Therefore, the bill proposes to use the term "Second World War" and to abandon the term "Great Patriotic War."

"During the commemoration of the victims of the Second World War, it is necessary to cancel the use of Soviet symbols," he said.

According to the final provisions of the bill, the law "On perpetuation of victory in the Great Patriotic War of 1941-1945" signed in 2000 has been declared void.

The relevant committee supported the adoption of the bill as a basis and as a whole and MPs voted for it.

As reported, the term "Great Patriotic War" was used in the former Soviet Union to emphasize that during the war of 1941-1945 the citizens defended the Soviet Union as a common Fatherland.