Ukraine, Israel agree to resolve issue of denial of crossing border to Ukrainians

Zelensky emphasized citizens of two countries should fully use the benefits of the visa-free regime. 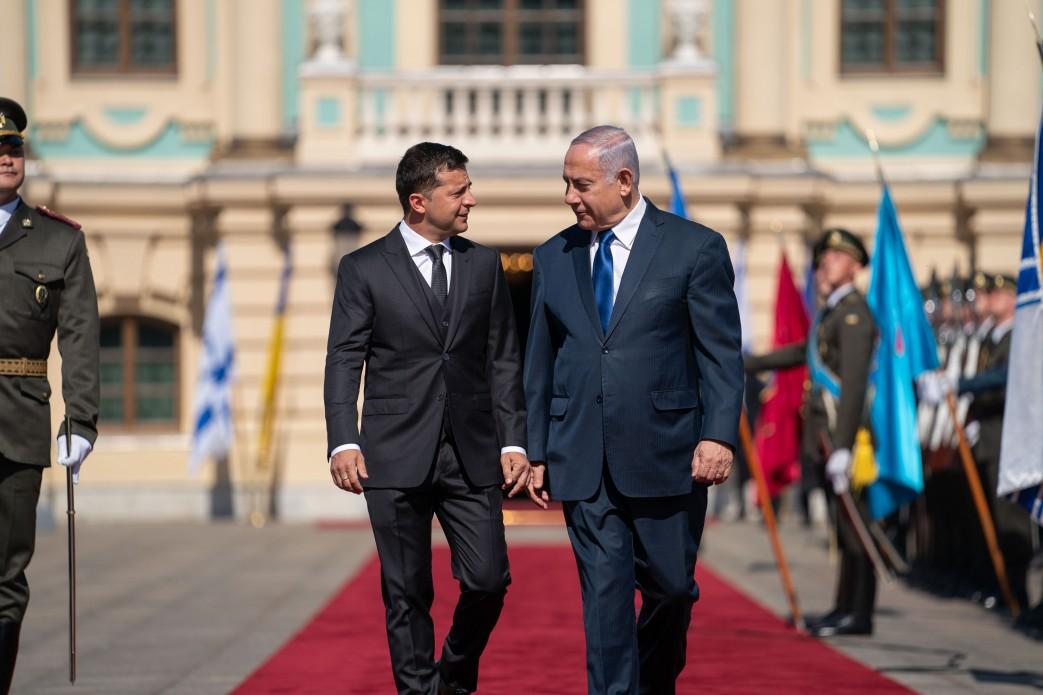 Ukraine and Israel have agreed to finally resolve the issue of mass denial of crossing the Israeli border to Ukrainians.

"Recently, our countries have been actively cooperating in the field of migration. I am speaking of numerous denials of entering Israel to Ukrainian citizens. We have agreed to finally resolve this issue," Ukrainian President Volodymyr Zelensky said following the talks with Prime Minister of Israel Benjamin Netanyahu, according to the president's press service.

"Citizens of both countries should fully use the benefits of the visa-free regime. And there shouldn't be delays of thousands of Ukrainian citizens on the Israeli border," the Ukrainian president said.

As UNIAN reported earlier, Prime Minister of Israel Benjamin Netanyahu is on a state visit to Ukraine on August 18-19. This is the Israeli PM's first visit to Kyiv in the past 20 years.