The French diplomat underlined the unequivocal position of Paris in support of Ukraine's sovereignty and territorial integrity within its internationally recognized borders. 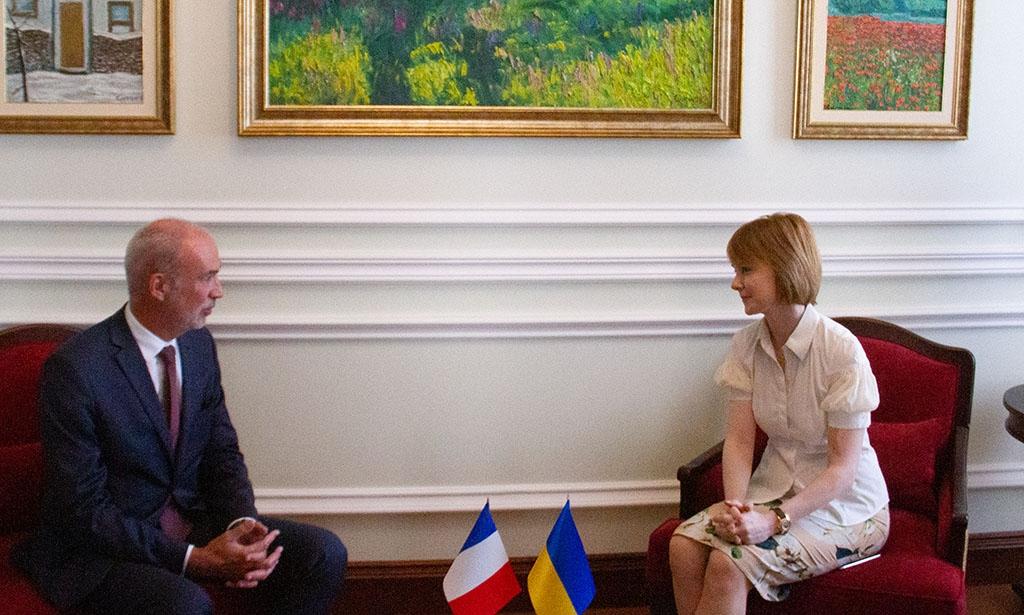 Photo from the Ministry of Foreign Affairs of Ukraine

"France attaches great attention to cooperation with Ukraine," he said at a meeting with Ukrainian Deputy Foreign Minister Olena Zerkal on the occasion of presenting copies of credentials, the Ukrainian Foreign Ministry said in a report on August 20, 2019.

The French diplomat underlined the unequivocal position of Paris in support of Ukraine's sovereignty and territorial integrity within its internationally recognized borders. This position, according to the Ambassador of France, is based on the principles of international law.

In turn, Zerkal noted France's special role as a member of the Normandy format in resolving the conflict in Donbas, caused by Russian aggression. Further cooperation within the Format was discussed. She also thanked the Ambassador for the French support of Ukraine's position on ensuring the freedom of navigation in the Black Sea and Azov Sea areas.

Concrete measures to deepen political dialogue, as well as to intensify economic and investment cooperation were also discussed.

Ambassador Etienne de Montaigne de Poncins reaffirmed the readiness of France as the country holding the Group of Seven presidency to continue providing support and practical assistance in implementing reforms in Ukraine.