The Servant of the People faction is now accepting in its ranks a number of new members who were elected as independent candidates. 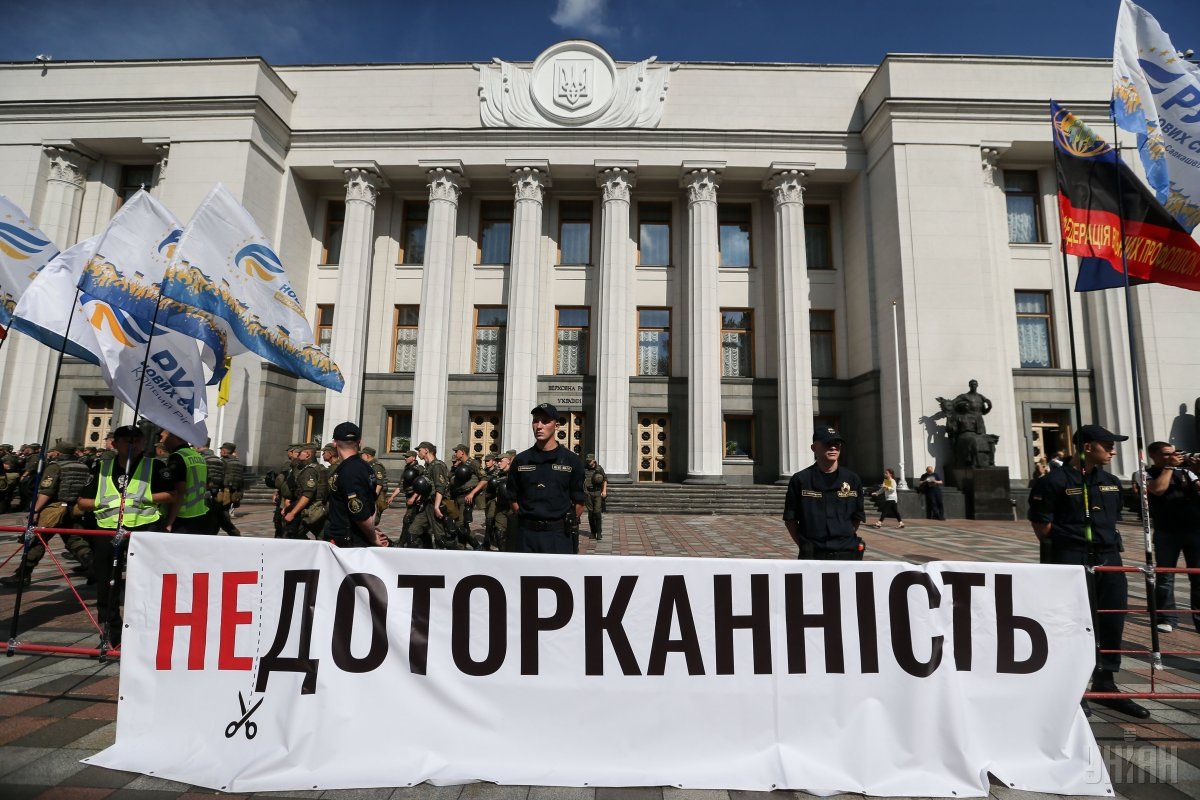 The Verkhovna Rada intends to cancel parliamentary immunity as early as Sep 3, as ZN.ua reported.

Referring to unnamed sources, ZN.ua says on the first day of the regular session, Aug 29, the new Parliament will not only elect its Presidium and the new Cabinet of Ministers but also vote Bill No. 7203 - on amendments to Article 80 of the Constitution of Ukraine (regarding the immunity of people's deputies of Ukraine).

"On the one hand, the adoption of the law corresponds to one of the main promises made by Volodymyr Zelensky. On the other hand, it will help him, through law enforcement, control faction unity," the report reads.

The bill proposes to abolish parliamentary immunity, which will result in no Rada consent being needed to bring deputies to justice.

The publication notes that on August 29 it is planned to consolidate the bill [a minimum of 226 votes is needed to this end], which was initially drafted by ex-president Petro Poroshenko and received the approval of the Constitutional Court.

The very voting for the bill itself is scheduled for Sep 3.

The adoption of a law amending the Constitution requires a minimum of 300 votes.

It is noted that the Constitutional Court at one time had comments to the bill, repeatedly emphasizing that the immnunity of people's deputies is not a personal privilege, but the need to secure MPs from unlawful interference in their professional activity.

The report also says that the Servant of the People faction is currently accepting in its ranks a number of deputies who were elected as independent candidates.

The faction could potentially grow by 49 seats.

As UNIAN reported earlier, the Servant of the People party seeks to abolish parliamentary immunity and expand the list of grounds for early dismissal of people's deputies.