Congratulations were also received from a number of other state leaders of the world. 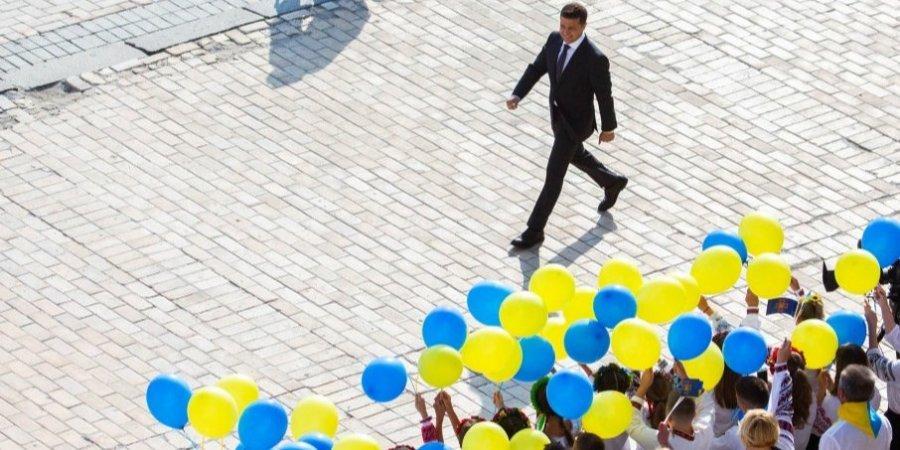 Ukrainian President Volodymyr Zelensky has accepted congratulations from U.S. President Donald Trump, Queen Elizabeth II of the United Kingdom, and French President Emmanuel Macron on the occasion of the 28th anniversary of independence of Ukraine.

In particular, U.S. President Donald Trump emphasized the U.S. support for Ukraine's sovereignty and territorial integrity within the internationally recognized borders remained unchanged, according to the Ukrainian president's press service.

"Over the next year, the United States of America will work in partnership with the government and people of Ukraine to advance reforms that are critical to Ukraine's success, including reform of the rule of law and the fight against corruption, strengthening democratic institutions and promoting economic growth. The Ukrainian nation should fulfill its enormous potential, and the United States is proud to be a partner and support Ukraine on this path of change," the U.S. president said in his congratulation.

"It is with great pleasure that I extend to Your Excellency my congratulations on the occasion of your national holiday, together with the best wishes of happiness and prosperity to the people of Ukraine in the coming years," the letter reads.

President of France Emmanuel Macron stressed in his greetings that France kept standing side-by-side with Ukraine in order to restore peace in the east of the country.

"I applaud your initiative and determination to make concrete progress quickly for the benefit of the people affected by the conflict. I would like to assure you of my aspiration to reach tangible results in the Normandy format negotiations and in the negotiations with Russia," the French president said.

"I am convinced that the sooner Ukraine implements ambitious reforms, in particular in the fight against corruption, and creates favorable conditions for realizing its exceptional economic potential, the sooner peace returns to Ukraine," Macron added.

Congratulations were also received from a number of other state leaders of the world.