Journalists' work remains very important since they help society see how the government and businesses operate. 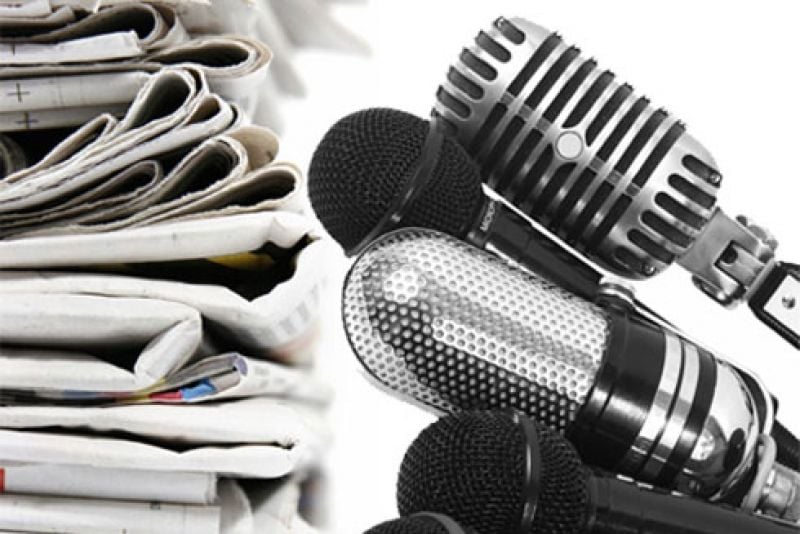 Members of the Servant of the People Party Artem Kovalev and Serhiy Shvets, who were elected people's deputies in the latest snap elections, emphasize the need to enhance personal safety of journalists working in Ukraine.

"First of all, I would like to make sure that my fellow journalists are not afraid to work and expose the truth, so that they have no anxiety face no life threats when they expose corruption schemes, when they reveal facts of fraud both in government or in the commercial sphere," Kovalev told UNIAN.

He emphasizes the work of journalists is very important since they help society see how the government and businesses operate.

"We will make every effort to ensure that journalists and media staffers feel safe, comfortable, and so that they are not afraid for their lives, but rather just work in decent conditions," the MP said.

He also assured MPs from the Servant of the People, through their efforts, will show that they are resolute in their attempts to push for changes in the country.

In turn, Shvets said the major issue was protection of journalists.

"I see no problem with journalists' work, I see a problem with protecting journalists, as well as in overall safety in Ukraine, of every citizen, not only journalist. There are issues in this regard. This question is more likely to be addressed not to journalists or the Committee on Freedom of Speech, but rather to law enforcement agencies, which must ensure public order and protection of people, including journalists who conduct investigations, who sometimes find themselves in circumstances  very risky for their health and life," Shvets said.

Separately, he noted the Ukrainian mass media "spread too many reports about various crimes, traffic accidents, while the information policy of many media is harming the public."

"The society is anxious and at times depressed," Shvets said.

He believes it depends on each media outlet to "see not only problems and negative things, but some positive things, too."

In addition, Shvets noted he saw no major problems with respect to freedom of speech.