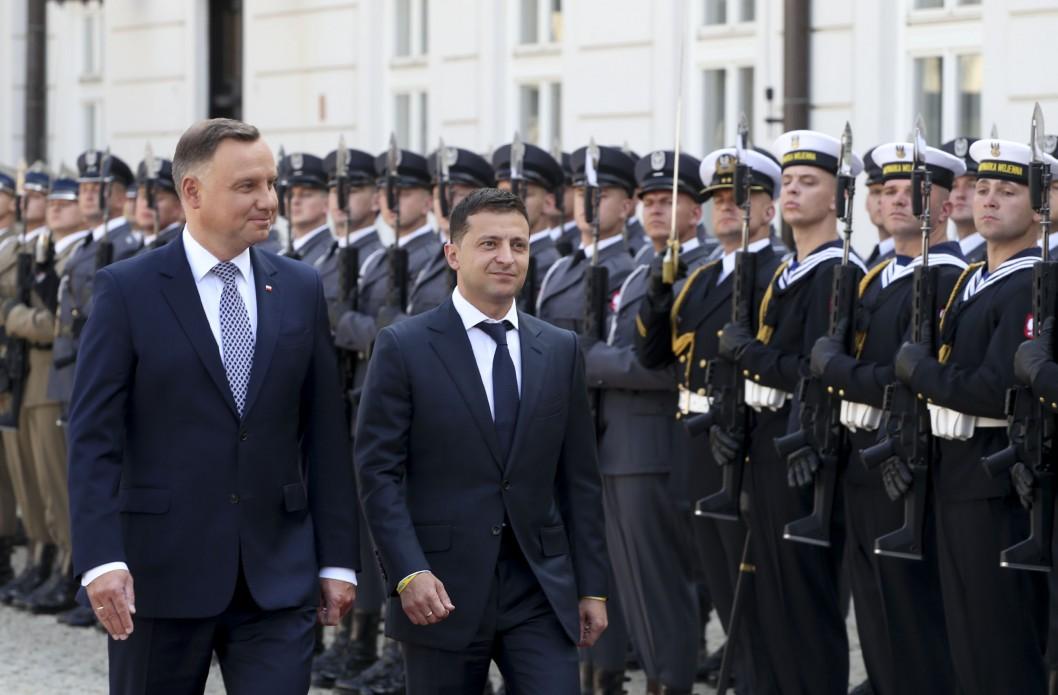 Polish President Andrzej Duda says sanctions imposed on the Russian Federation must be maintained and Ukraine must regain territorial integrity, which had been in place until 2014.

"We believe that the policy of sanctions should continue. Because it is the most peaceful way to force the state to comply with the standards of international law. Today these standards are not respected. [...] I assured Mr. President, that he can count on my support as regards Ukraine's sovereignty. I assured that always, my position here will be unambiguous – Ukraine must regain territorial integrity it had before 2014. We call a spade a spade. The territory of Ukraine has been occupied. Crimea, Donbas must return under the full control of Ukraine," said Duda.

In turn, Volodymyr Zelensky announced a common position with President Duda regarding the strengthening by the EU of sanctions against the Russian Federation due to its refusal to comply with the Minsk agreements.

"Our common and principled position is that without the full implementation of the Minsk agreements, without restoring the territorial integrity of Ukraine within internationally recognized borders, EU sanctions can be reviewed only in the direction of their strengthening, not vice versa," he said.

As UNIAN reported earlier, Zelensky is visiting Poland at the invitation of this country's president, Andrzej Duda. The visit will last two days.

If you see a spelling error on our site, select it and press Ctrl+Enter
Tags: #Russia#Crimea#Donbas#Poland#RussianAggression#Duda#Zelensky
Latest news