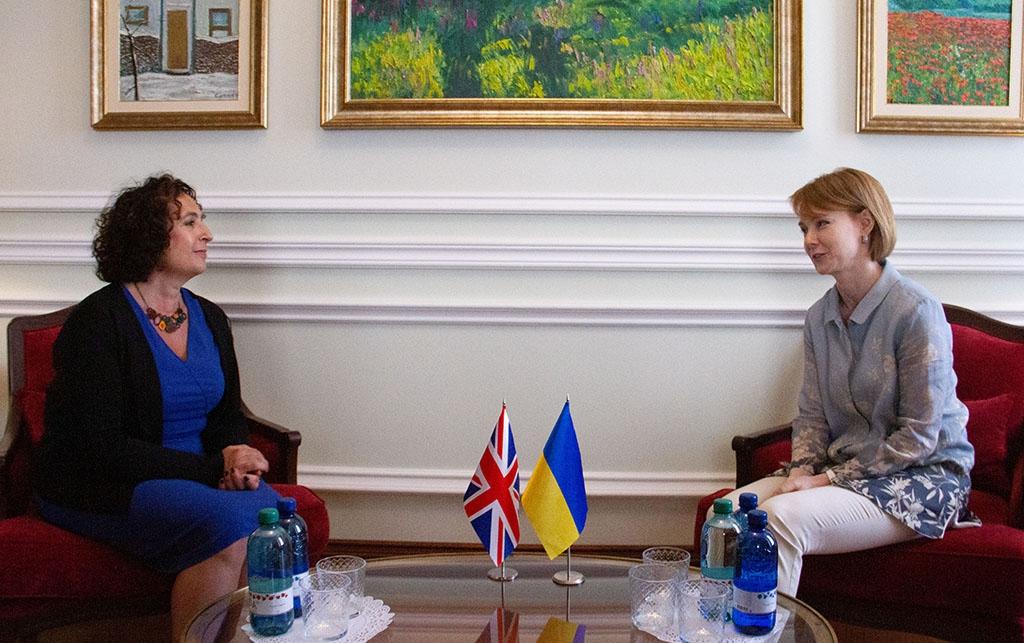 "New British Ambassador Melinda Simmons has handed over copies of her credentials to Deputy Foreign Minister of Ukraine Olena Zerkal," the British Embassy in Ukraine wrote on Facebook.

At the same time, according to the Ministry of Foreign Affairs of Ukraine, the British diplomat reaffirmed the UK Government's invariable position on political and practical support for Ukraine, especially in resolving the Donbas situation caused by Russian aggression.

"The UK is keen to expand and diversify its technical assistance programs to Ukraine with a particular focus on the development of regions affected by Russian aggression," Simmons said during the presentation of copies of her credentials.

For her part, Zerkal thanked for the recent clear stance of the Great Britain on the absence of preconditions to return Russia to the Group of Seven and invited the British side to work more closely on decentralization in Ukraine and development of local communities.

If you see a spelling error on our site, select it and press Ctrl+Enter
Tags: #Ukraine#UnitedKingdom#MFAUkraine#Zerkal#ambassador
Latest news