Klimkin: EC report on visa-free regime to be announced in early May

The European Commission will announce its report on the implementation of the second phase of the criteria of a visa-free regime by Ukraine in early May, Ukrainian Foreign Minister Pavlo Klimkin said on Wednesday during parliamentary hearings on the prospects for the introduction of a visa-free regime for Ukrainian citizens, according to an UNIAN correspondent. 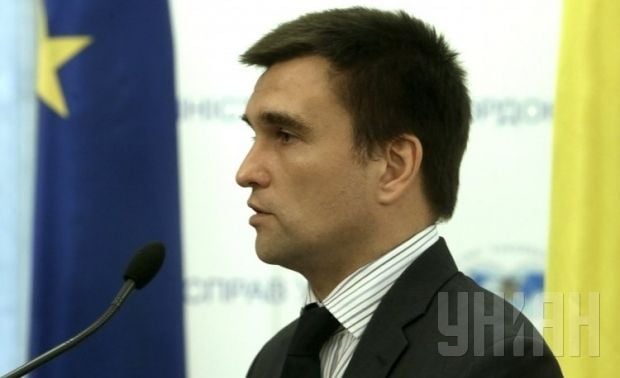 "The European Commission has completed its assessment of our implementation of the second phase of the criteria of a visa-free regime. We will see the report in early May," Klimkin said.

"The logic of all missions involves such spheres as the security of identity documents, border management, migration and asylum, law enforcement cooperation, human rights, anti-discrimination and, of course, freedom of movement," he said.

"I’m sure that Ukraine will complete the path of reforms required for a visa-free regime with the EU," he said.

Ukraine completed the so-called first stage of the implementation of the Action Plan on a visa-free regime in 2013.

Since September 2014, Ukraine has implemented the second phase and approved the required acts and decisions.

Ukrainian President Petro Poroshenko said that Ukraine expected a decision on a visa-free regime with the European Union at the summit of the Eastern Partnership countries in Riga in May 2015.

However, on March 24 the head of the EU Delegation to Ukraine Jan Tombiński said that Ukraine would not receive a visa-free regime with the European Union during the Eastern Partnership summit in Riga on May 21-22 due to the lack of time for such a decision to be agreed among the EU member states.