Dodik's position is not that of Bosnia and Herzegovina, the response notes. 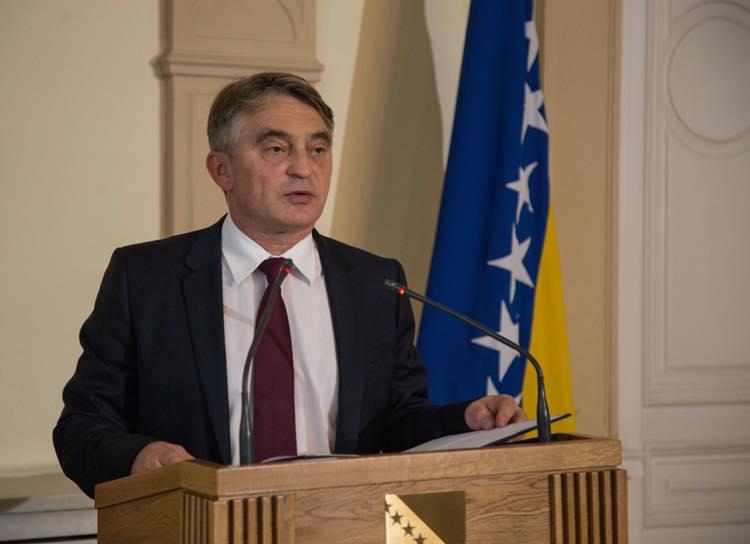 Bosnia and Herzegovina as an aspirant for candidate status for EU membership remains committed to the European Union's position that Ukraine's sovereignty, territorial integrity and independence must be respected, BiH Presidency Chairman Zeljko Komsic said Thursday.

Komsic issued a press release on a diplomatic protest note sent to Bosnia and Herzegovina by the Ministry of Foreign Affairs of Ukraine regarding statements by BiH Presidency Member Milorad Dodik voiced to Russian media on the annexed Crimea, according to Dnevni Avaz.

The Chair emphasizes that the position of BiH Presidency Member Milorad Dodik and his support for the illegal annexation of Crimea is not the position of the State of Bosnia and Herzegovina but Dodik's personal one.

He also recalled that in March 2014, the EU had introduced restrictive measures against Russia.

These measures were adopted in response to the illegal annexation of Crimea and the deliberate destabilization of Ukraine. Economic sanctions are currently being extended until January 31, 2020, said Komsic, according to the statement.

If you see a spelling error on our site, select it and press Ctrl+Enter
Tags:RussiaCrimeaEuropeanUnionillegalannexation