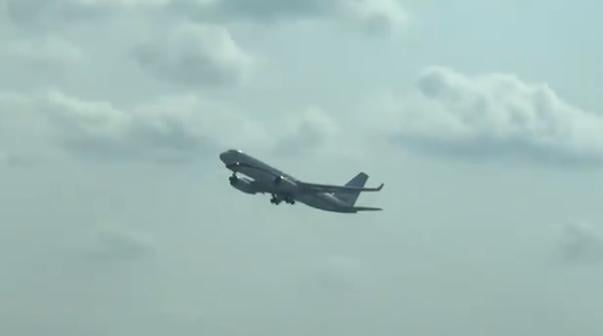 The Ukrainian An-148 plane took off from Moscow's Vnukovo Airport at 12:10 Kyiv time, according to an UNIAN correspondent in Russia.

An-148 is owned by Ukraine Airlines, whose aircraft transport senior officials.

Flight RSD092 on its way to Moscow, probably with a person onboard that helped downing flight MH17.
Life is not fair.#PutinAtWarpic.twitter.com/XY6KmYLmpF

If you see a spelling error on our site, select it and press Ctrl+Enter
Tags: #Russia#Ukraine#airports#prisonerswap#airplane
Latest news