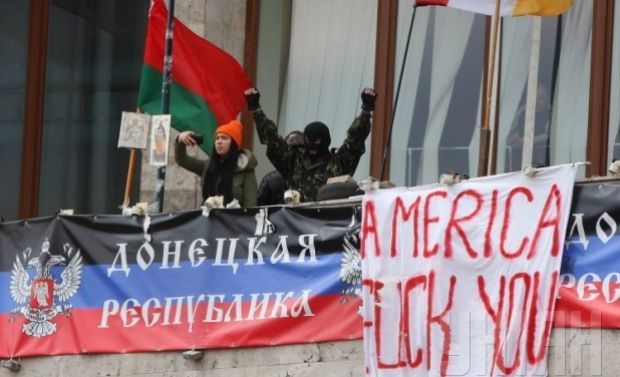 "It was a special operation. But then we thought that there were not so many representatives of Russia. Not even from Russia, but from Crimea - those people who were engaged in the destabilization of the situation in Crimea and the annexation," he said.

"It was clear that they coordinated their actions with Moscow and the Kremlin. This seizure was headed by Aksenov," Taruta said.

"At the beginning of April there were supplies of weapons here. But then we thought that we could resist the seizure of power by our rapid actions to bring to justice the main instigators. The command was given to security officials, prosecutors, police and Ukraine’s SBU state security service to find these coordinators," he said.

According to Taruta, the same people moved by a signal throughout the region, and appeared here and there, organized rallies and destabilized the situation.

As UNIAN reported earlier, on April 6, 2014 the Donetsk Regional State Administration was seized by Russian-backed militants. They occupied the building, including the office of the chairman of administration.