Sushchenko thanks Zelensky, Poroshenko, Macron for release from Russian captivity

The journalist also expressed gratitude to Ukrainian diplomats in other countries, international organizations, and his lawyers. 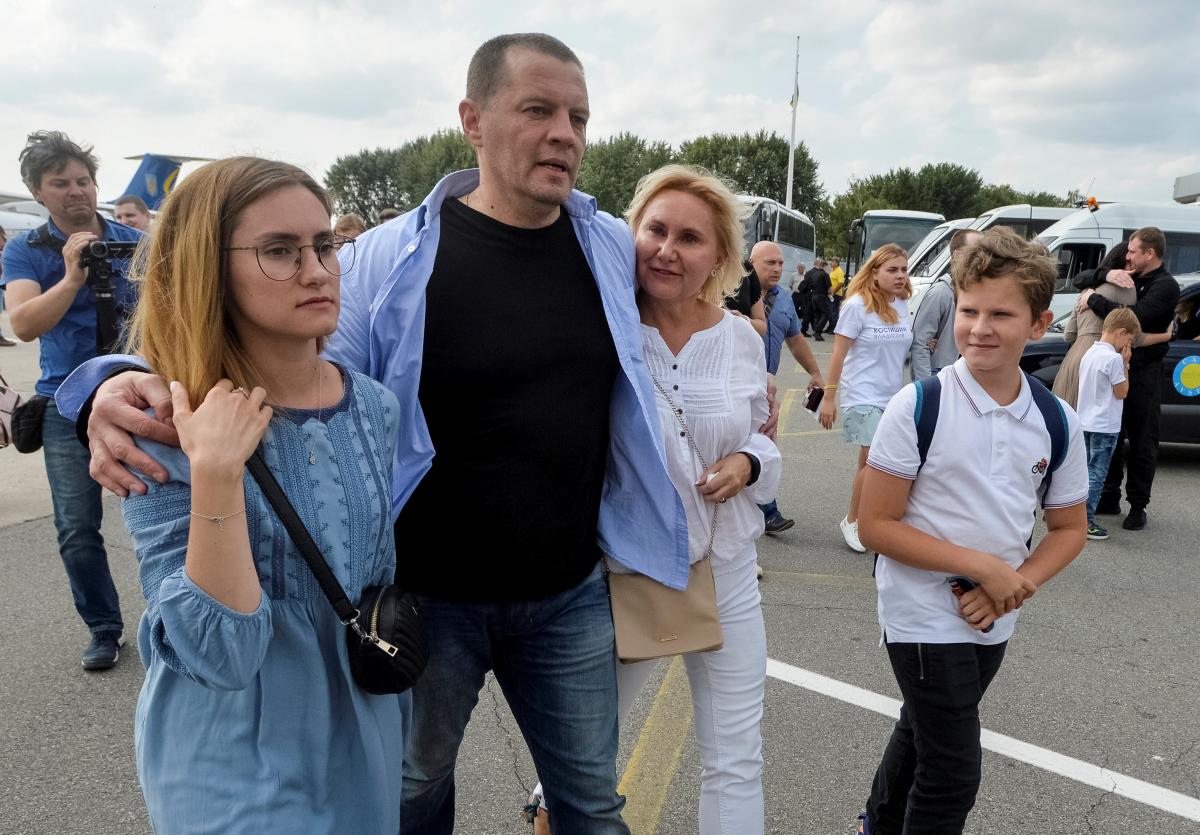 "I would like to thank the two presidents, namely Volodymyr Zelensky and Petro Poroshenko, thanks to whom we are now talking, and my 34 brothers in misfortune who returned home," he said at a press conference in Kyiv on Sept 11.

Sushchenko also added that he had met with Poroshenko on Sept 10. He hopes he will meet with Zelensky, too.

"I would also like to thank French President Emanuel Macron, who was directly involved in this complex process, as well as our diplomats – from the foreign minister to consuls who worked on enemy's territory," he said.

In addition, the journalist expressed gratitude to Ukrainian diplomats in other countries, international organizations, and his lawyers.

As UNIAN reported earlier, the FSB detained Ukrainian journalist Roman Sushchenko, a correspondent of the Ukrainian Ukrinform news agency, at a Moscow airport upon his arrival on September 30, 2016. He was charged with "espionage," as the Russian authorities insisted he was an "operative" of Ukraine's intelligence service. The court started considering the Sushchenko case on March 27, 2018. On June 4, the Moscow city court sentenced Sushchenko to a 12-year term in a high-security colony. On September 12, the Supreme Court of the Russian Federation upheld the ruling, overruling the lawyer's appeal. On November 7, Representative of Ukrainian journalist Roman Sushchenko at the European Court of Human Rights and his lawyer Mark Feygin said Sushchenko had been convoyed to a penal colony in Russia's Kirov region.

Commissioner of the Verkhovna Rada for Human Rights Liudmyla Denisova says 113 Ukrainians, including 89 Crimean Tatars, have been held in captivity by Russia as of today. Ten political prisoners were pardoned by the president of Russia; another one, Bekirov, was released on personal recognizance.

If you see a spelling error on our site, select it and press Ctrl+Enter
Tags:RussiaPoroshenkoSushchenkoMacronreleasepoliticalprisonerZelensky