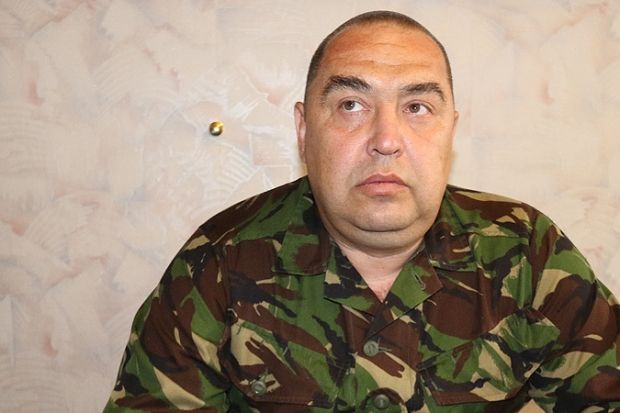 "Plotnytskiy is feverishly looking for ways to get indulgences, and salvation from the wrath of the deceived citizens of Luhansk," Fedychev said.

According to Fedychev, the separatist sees his only defense from this anger as being a "palisade" of Russian bayonets, and is even afraid of his own local fighters, according to Ukrainian online newspaper newsru.ua.

"Plotnytskiy is praying for each regular column of Russian weapons and military equipment, as well as Russian soldiers. He is afraid that someone or something could prevent it," Fedychev said.

According to the colonel, the leader has recently ordered the disarming of the militants at the Dolzhanskiy frontier point in order to establish his complete personal control of the point.

"Plotnytskiy has an urgent need to have his own ‘window’ to Russia. The time of his ‘regime’ in Luhansk region is inevitably expiring. He must be prepared to escape and export his stolen money," Fedychev said.