The president says Ukraine will fight to return Crimea and not only with words. 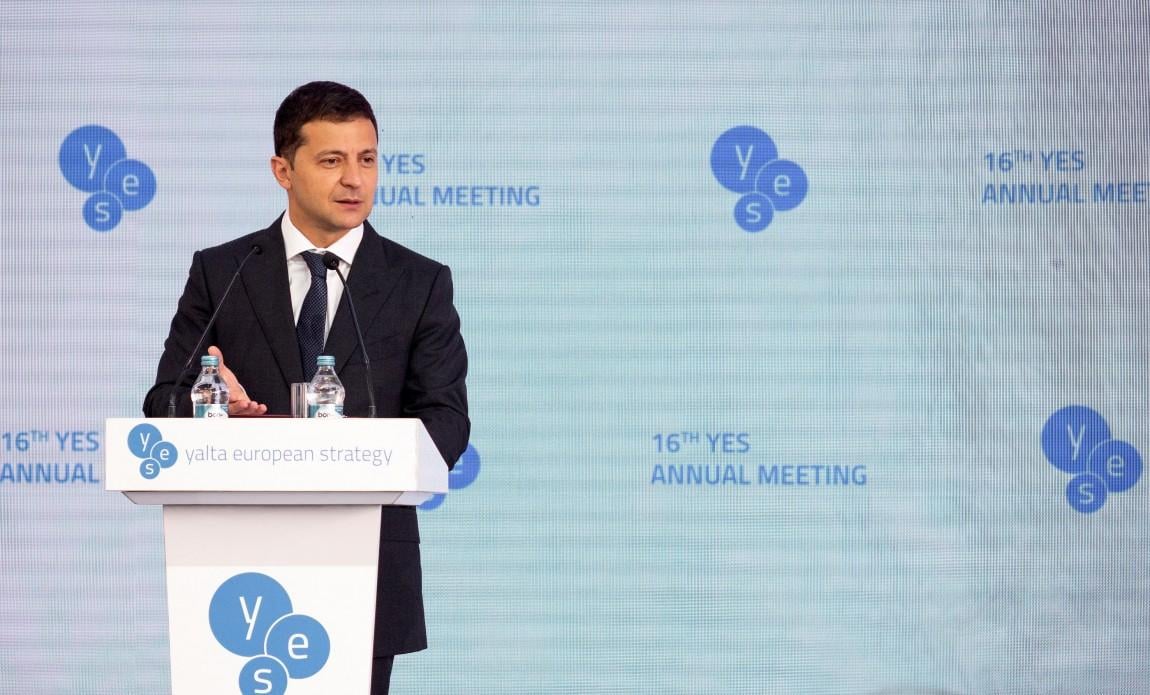 Ukrainian President Volodymyr Zelensky has announced the development of a model for the return of temporarily occupied Crimea to Ukraine.

"Regarding Crimea, this is a difficult situation, I think, since we haven't had a meeting in the Normandy format yet, we haven't had a meeting with Russian President Vladimir Putin. I think the most difficult situation will be with the return of Crimea," he said during the 16th annual meeting of the Yalta European Strategy (YES) in Kyiv, an UNIAN correspondent reports.

"To be honest, we are thinking, we have several formats, there are several ideas, but I can't tell you about this, it's too early," the president said.

Zelensky emphasized he did not want anyone to use these ideas.

"I'm having important meetings. I'm looking forward to a meeting with the U.S. president. We are thinking about the model. If possible, I'll stop here. We will fight to return Crimea and not only through words," he added.

If you see a spelling error on our site, select it and press Ctrl+Enter
Tags:RussiaCrimeaUSAdeoccupationZelensky