The four leaders are most likely to meet in Paris, France. 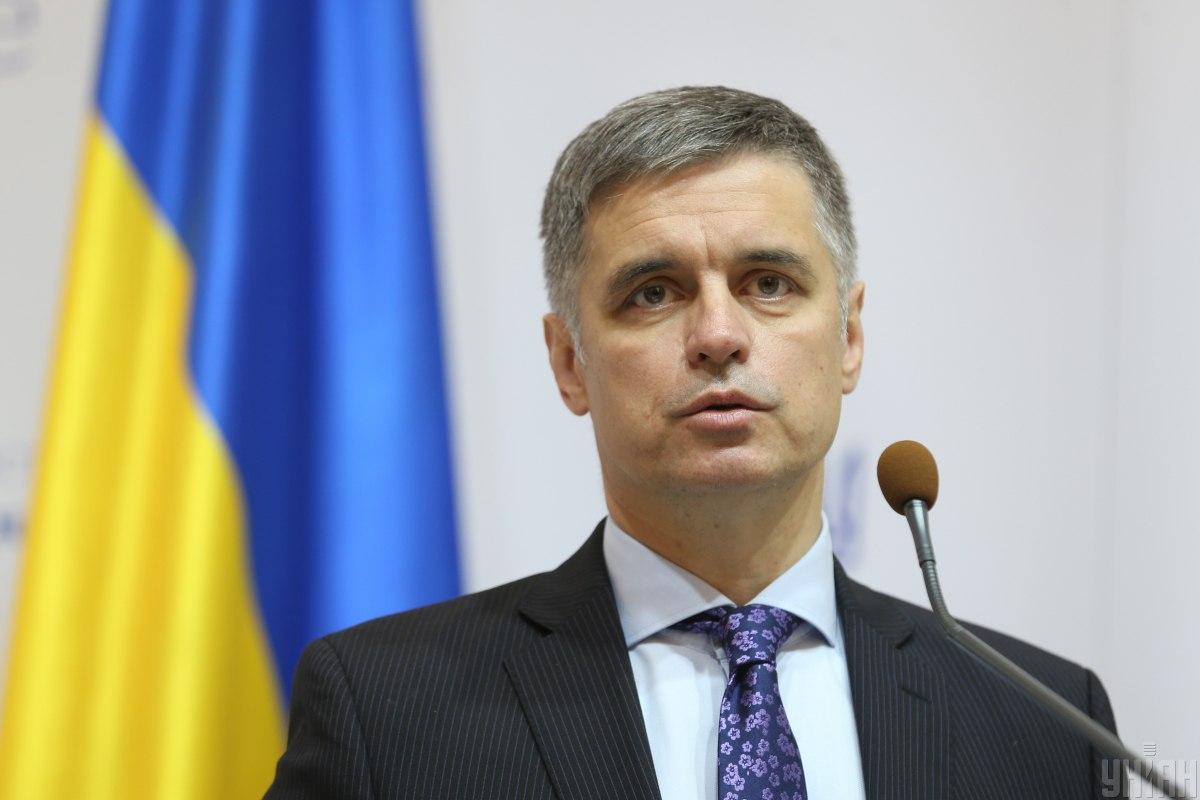 Ukrainian Foreign Minister Vadym Prystaiko has unveiled details of preparations for a Normandy Four meeting where Ukrainian President Volodymyr Zelensky is to meet with his French, German and Russian counterparts.

"This meeting was planned to be held soon, and the three parties were ready for it," the minister said on TV. "The French president proposed doing this in Paris ... We wanted to do this on [September] 16th. Unfortunately, the Russian side was not able to arrive on that day. We are now actively looking for another date," he said.

Paris, France, is most likely to remain the venue of the meeting.

Prystaiko also elaborated on the agenda of the event.

"First of all, our president is interested in security-related issues: how to make shelling in Donbas stop, how to disengage troops, how to create conditions for peace. How to extend the [first] three sections [designated for disengagement – Stanytsia Luhanska, Zolote and Petrovske] to the entire 400 kilometers and make the [Russia-led] troops pull back. And to also try to create conditions for further efforts to succeed," the minister said.

According to him, the further efforts are the possible opening of new checkpoints, new mine clearance operations, the possibility for local residents to move from Russia-occupied districts to Ukrainian-controlled territory.

As UNIAN reported, German Chancellor Angela Merkel said on August 25 that Germany and France were working on organizing the Normandy Four meeting in Paris soon.

On September 7, Zelensky and his Russian counterpart Vladimir Putin had a phone conversation during which they agreed to discuss the date of the meeting shortly after the call.

Newly appointed Ambassador of France to Ukraine Etienne de Poncins said he hoped the meeting would take place before the end of September. Russian presidential spokesman Dmitry Peskov said, in turn, that there was the political will to hold the meeting, but substantive preparation should precede it.

If you see a spelling error on our site, select it and press Ctrl+Enter
Tags:RussiaPutinFranceNormandyFourGermanyPresidentZelensky