Ex-U.S. envoy gives Zelensky advice ahead of meeting with Trump

Pifer says Trump is transactional in many foreign policy relationships. 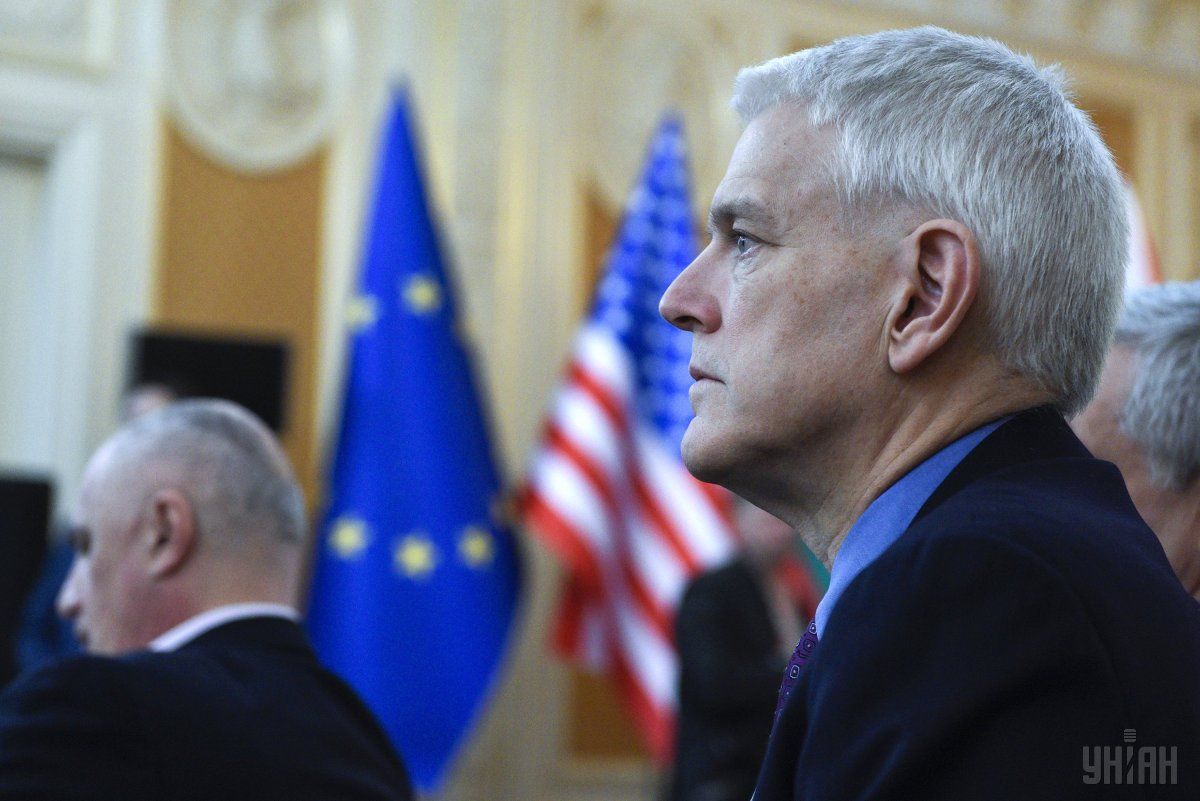 "With #Ukraine's @ZelenskyyUa reportedly to meet with @realDonaldTrump on Sept 25, reposting my article on how to deal with US president: keep it simple, flatter, look for win-win. Don't ignore Congress, and be wary of @RudyGiuliani," Pifer wrote on Twitter on September 19, 2019.

Pifer also shared an article he posted on Stanford University's website on August 29, 2019, as a William Perry fellow, saying: "Mr. Zelensky should bear in mind that Mr. Trump lacks a strong grasp of the U.S. interest in and what is at stake with regard to Ukraine and the conflict that Russia wages against it. His administration has pursued sensible policies in supporting Kyiv, strengthening NATO and sustaining sanctions on Moscow. By all appearances, however, Mr. Trump does not instinctively agree with the necessity of his administration's own policies. Witness his recent suggestion about inviting Vladimir Putin to join with other G7 leaders when he hosts the G7 summit next year."

Pifer said Trump is not detail-oriented.

"He reportedly reads little, leading White House staff to resort to graphs and pictures to capture his attention. The smart way to approach Mr. Trump is to avoid detail, sticking instead with a few clear and easily understood themes," the diplomat said.

In addition, Trump is transactional in many foreign policy relationships, Pifer stressed.

"He will be asking 'what can America get,' or 'what can he get.' Mr. Zelensky thus should consider whether there is a topic on which he could offer Mr. Trump a win-win. Progress toward resolving the Russia-Ukraine conflict in Donbas could provide such an issue. Real movement toward peace would be a major win for Kyiv, but it could offer Mr. Trump a win as well. He has repeatedly made clear his desire for improved U.S.-Russia relations, and a genuine settlement in Donbas could lift the biggest obstacle to his goal," the article said.

At the same time, Pifer advises Zelensky and his team should be wary of former New York mayor Rudy Giuliani's efforts to drag Ukraine into U.S. domestic politics.

"That would risk making Ukraine a partisan political issue in America, which could undermine the bipartisan support that Ukraine has enjoyed since regaining independence in 1991," he added.

If you see a spelling error on our site, select it and press Ctrl+Enter
Tags:UkraineUSATrumpmeetingPiferZelensky