Russian President Vladimir Putin wants to control the whole of Ukraine, and he will eventually succeed, Karel Schwarzenberg, the former Czech foreign minister, said on Monday during a debate on the security situation in the Baltic republics. 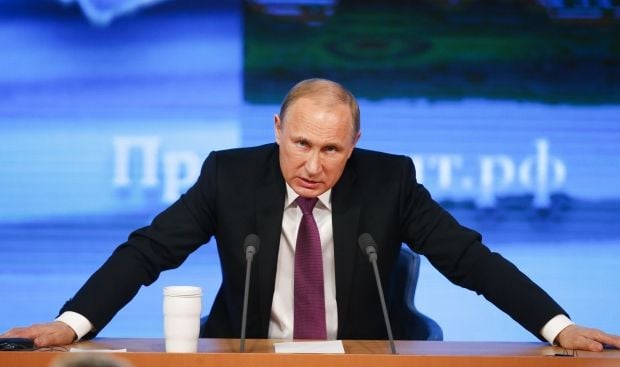 "Putin is neither mad nor stupid,” Schwarzenberg said, according to a report by Czech news agency Ceske Noviny.

“He is not going into such a big conflict that will largely negatively affect Russia´s economic development and that will isolate Russia in order to gain the rather obsolete industry in Donetsk or because of a couple of Ukrainian villages. Putin wants to conquer the whole of Ukraine."

Schwarzenberg said the two ceasefire agreements that were signed in Minsk will not stop Moscow´s advance.

"Minsk has been nothing but the requested stamp and confirmation of further occupation of Ukrainian territory," Schwarzenberg said.

He said pro-Russian rebels in the east of Ukraine will eventually attack Mariupol, and that this is only a matter of time.

"Further negotiations will follow. There will be Minsk III, Minsk IV, Minsk V and Minsk VI. The ceasefire line will eventually match the Polish-Ukrainian border, peace will reign for at least a while, and the Ukraine issue will be resolved," Schwarzenberg said.

He added that Putin´s goal is the restoration of the Russian empire.