The two officials discussed ways to boost cooperation in modernizing the Ukrainian Navy. 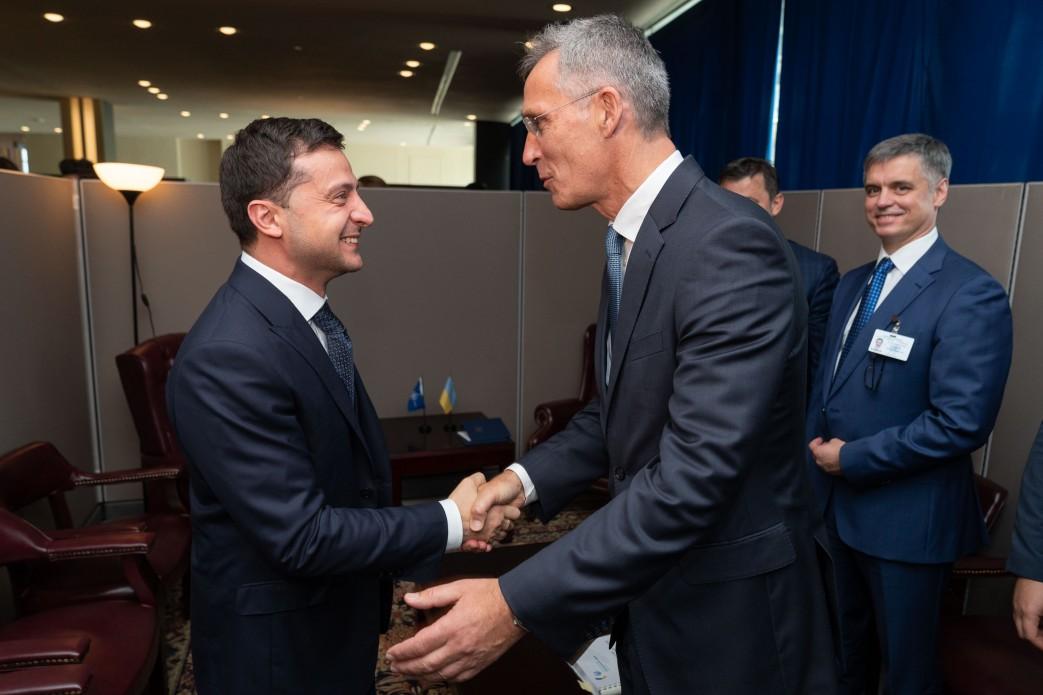 Ukrainian President Volodymyr Zelensky and NATO Secretary General Jens Stoltenberg met on the sidelines of the 74th session of the UN General Assembly (UNGA) in New York City on September 24 to discuss active interaction between Ukraine and the Alliance.

"[I've] met with Jens Stoltenberg on the sidelines of UNGA2019. The North Atlantic Council's visit to Ukraine late in October is very important to us," Zelensky wrote on his official Telegram channel. "We will continue active interaction with the Alliance in implementing structural reforms in the security and defense sector under NATO standards."

Zelensky's press service, in turn, reported that the president was hopeful that the North Atlantic Council's visit would enhance practical cooperation with the Alliance in the development of the Ukrainian Armed Forces, in particular the Ukrainian Navy, as well as promote greater involvement of NATO in maintaining security in the Black Sea and the Sea of Azov.

Zelensky says that improving the compatibility of the Ukrainian Armed Forces with the forces of NATO member states, in particular through participation in joint drills, training and military cooperation programs, is one of the priorities of his work.

In addition, Zelensky and Stoltenberg discussed the Ukrainian authorities' initiatives to tackle corruption.

"We are tired of hearing the word 'corruption.' We are determined to overcome it. The Verkhovna Rada is already adopting bills to reform the law enforcement agencies, and we will launch the Financial Investigation Service soon. On September 5, the Supreme Anti-corruption Court started operating in Ukraine and we are waiting for the court verdicts," Zelensky said.

As UNIAN reported, Zelensky attended the opening of the UNGA's 74th session in New York on September 24. He is scheduled to speak amid the general debate at the UNGA on September 25.

He also plans to meet with other heads of state, as well as members of business circles and investors.

If you see a spelling error on our site, select it and press Ctrl+Enter
Tags:NATOcooperationStoltenbergUNGAZelenskyUNGA2019