He asked them to help attract U.S. and Israeli investors to Ukraine. 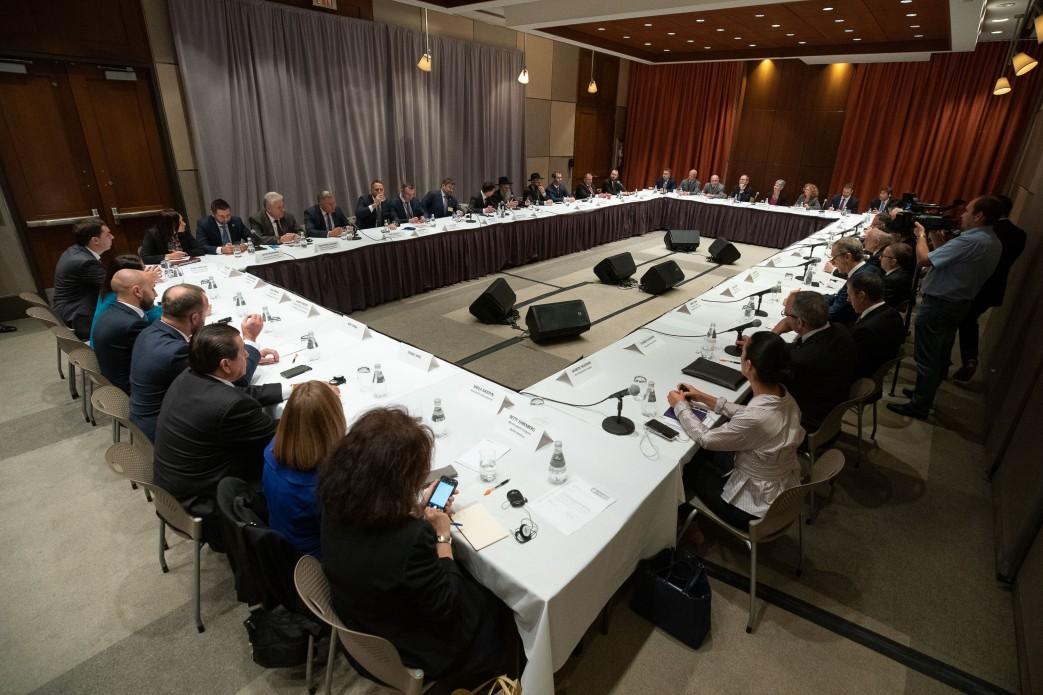 "We want to change Ukraine so that it becomes the world brand of everything innovative. To this end, we want to use the experience of the United States and Israel," the head of state said, according to his press service.

He asked representatives of Jewish organizations to help attract U.S. and Israeli investors to Ukraine.

The Jewish community has noted a significant progress in combating crimes committed on the basis of xenophobia, antisemitism and hatred.

"The promotion of antisemitism in Ukraine is a provocation. We are determined to prevent crimes committed on the basis of antisemitism, xenophobia and intolerance," Volodymyr Zelensky stressed.

Representatives of Jewish organizations expressed interest in holding reforms in Ukraine aimed at economic growth and the fight against corruption.

The president thanked the Jewish community for strengthening the strategic relations of Ukraine and the United States, as well as for supporting the territorial integrity and sovereignty of our country.

For his part, Chief Rabbi of the Federation of Jewish Communities of Ukraine Shmuel Kamenetsky commended the continued support provided by the Jewish community of the United States to Jews in Ukraine.

If you see a spelling error on our site, select it and press Ctrl+Enter
Tags:USAinvestmentIsraelZelensky