Zelensky comments on July 25 call with Trump: "I think you read everything"

The Ukrainian president said he would not go into detail not to meddle in the 2020 elections in the United States. 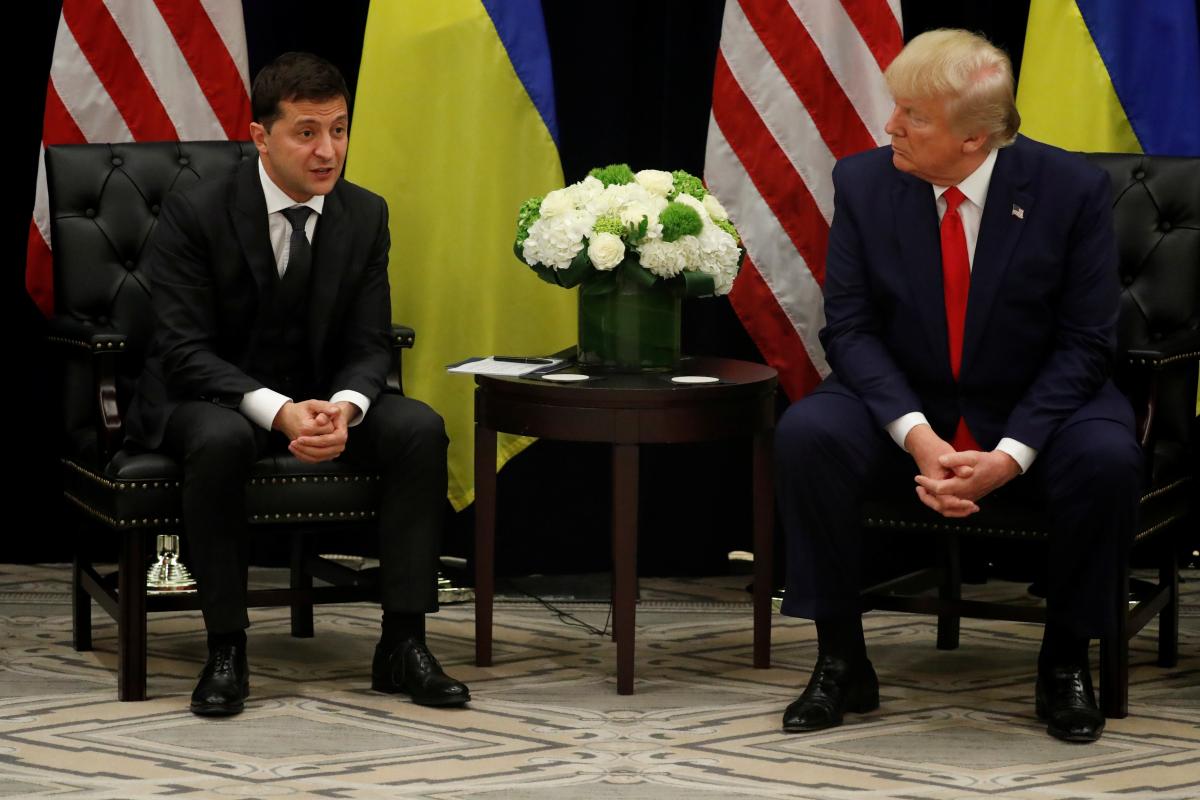 Ukrainian President Volodymyr Zelensky says that U.S. President Donald Trump did not "push" him during a telephone conversation on July 25 for a probe into former U.S. Vice President Joe Biden's son, Hunter Biden.

Asked in New York City on September 25 if he felt pressure during the July 25 phone call with Trump regarding the probe into Joe Biden's son, Zelensky said: "I think you read everything [the memorandum of the July 25 conversation released by the White House on September 25]. I think you read [the] text. I'm sorry – I don't want to be involved [in] open democratic elections of the USA."

"You've heard that we had – I think – a good phone call. It was normal. We spoke about many things. I think – and you read it – that nobody pushed it," Zelensky said.

According to the rough transcript of the July 25 phone talk, Trump asked Zelensky to "look into" the case against Hunter Biden. "The other thing, there's a lot of talk about Biden's son, that Biden stopped the prosecution and a lot of people want to find out about that so whatever you can do with the Attorney General would be great. Biden went around bragging that he stopped the prosecution so if you can look into it… It sounds horrible to me," Trump said then.

Zelensky allegedly promised that after the appointment of a new prosecutor general in Ukraine, "he or she will look into the situation," and official Kyiv would "work on the investigation of the case."