Foreign ministers of Ukraine, Hungary agree on "contact at the highest level" 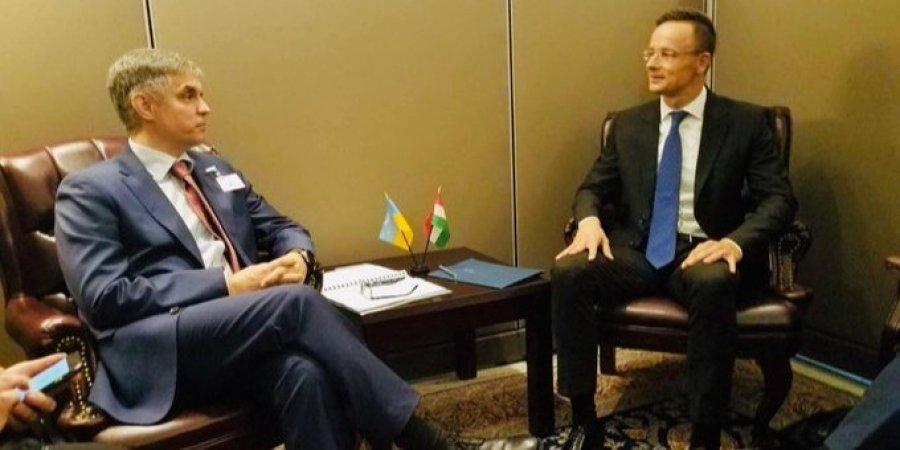 Ukrainian Minister of Foreign Affairs Vadym Prystaiko and his Hungarian counterpart Péter Szijjártó have agreed on establishing a contact between the presidents of Ukraine and Hungary.

"Good meeting with Hungarian counterpart Péter Szijjártó. [We've] agreed on a contact at the highest level in the near future. [I] hope that the meeting will open the way for resolving existing disagreements in our neighborhood relations," Prystaiko said on Twitter on September 26.

As UNIAN learnt from the press service of Ukraine's Ministry of Foreign Affairs, the meeting took place on September 26 on the sidelines of the UN General Assembly in New York City.

If you see a spelling error on our site, select it and press Ctrl+Enter
Tags:HungarycooperationPrystaikodiplomats