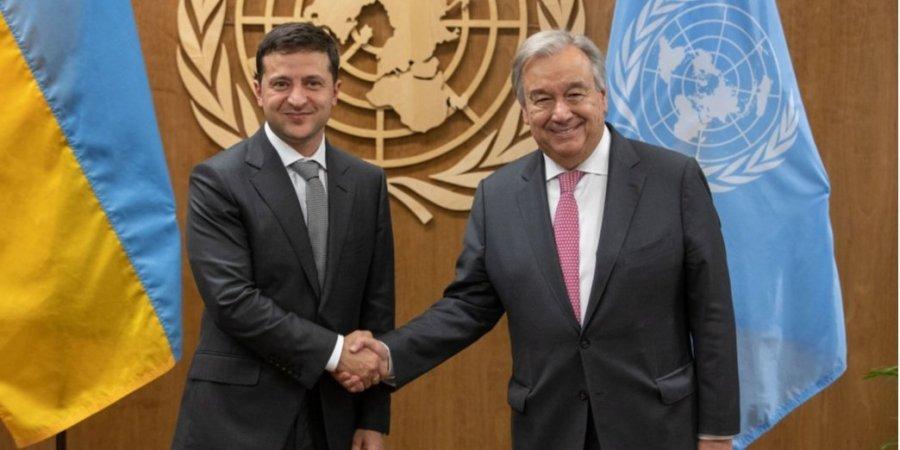 The head of state thanked the UN senior official for the humanitarian support of Ukrainian citizens who are victims of Russian aggression, the President's Office has said.

In addition, Zelensky called on the UN to actively work to monitor human rights violations in the temporarily occupied territories of Ukraine.

If you see a spelling error on our site, select it and press Ctrl+Enter
Tags:UnitedNationsRussianAggressionZelensky