France to supply helicopters and radio systems to Ukraine 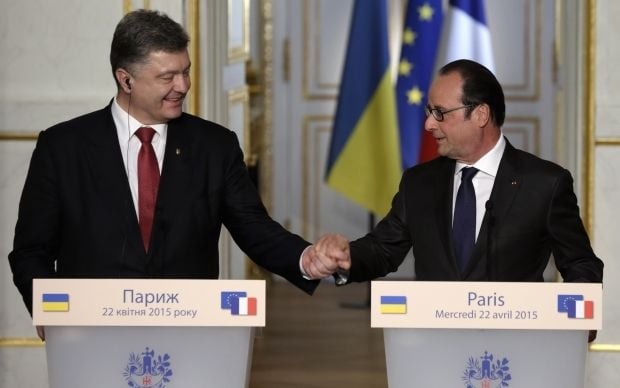 In addition, experts from Ukraine’s Ukrinmash state enterprise have signed a memorandum on cooperation with Thales Systems Aeroportes S.A. on a joint project to create a modern patrol aircraft.

The strategic agreements in the sphere of military-technical cooperation between Ukraine and France came during a working visit of Ukrainian President Petro Poroshenko to France.

During the meeting, the two leaders discussed the implementation of the Minsk agreements and the possibility of the deployment of an international peacekeeping mission in the Donbas conflict zone in eastern Ukraine.

Hollande said during the meeting that he wasn’t sure about the need for the deployment of a peacekeeping mission in the Donbas.

He also said that France would this month ratify the Association Agreement between Ukraine and the EU.