He may be stripped of Lithuanian citizenship for such a violation. 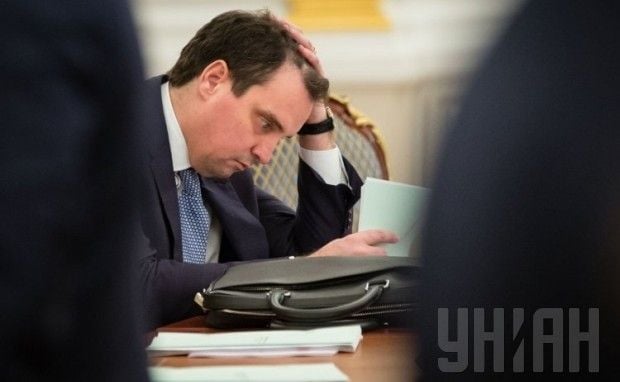 CEO of Ukraine's state-run Concern Ukroboronprom Aivaras Abromavičius violates Lithuanian laws while working in Ukraine, and he may be stripped of Lithuanian citizenship, according to an informed UNIAN source in Lithuanian law enforcement agencies.

Under the Law of the Republic of Lithuania "On Citizenship," every Lithuanian citizen is required to obtain permission from the Government of Lithuania to enter the public service in another country.

As is known, Abromavičius, who is CEO of Ukraine's Ukroboronprom, has a double citizenship in violation of Ukrainian legislation – he received Ukrainian citizenship while retaining his Lithuanian passport. Nevertheless, according to the source, he did not even ask for permission from his homeland government to work at Ukroboronprom (as before, while starting work as economy minister in Ukraine). Thus, while working as Ukroboronprom CEO during the war, Abromavičius violates both Lithuanian and Ukrainian laws.

UNIAN sources explain that the reason why the Lithuanian side seems to allow this situation happen could be Abromavičius' close ties with incumbent Lithuanian Foreign Minister Linas Linkevicius. It is unknown why Abromavičius, being a citizen of another state, is heading the entire Ukrainian defense industry, being eligible for access to state secrets. UNIAN has filed a relevant request with the Office of the President and the SBU Security Service of Ukraine.

Meanwhile, the Lithuanian journalists interviewed by UNIAN explained that Abromavičius had allegedly resorted to a certain manipulation of the law, so to speak, he works in Ukraine, being a citizen of Ukraine and not Lithuania (double citizenship is also prohibited in Lithuania. There is a very narrow list of exceptions to this rule that relate to Abromavičius – his great-grandfather emigrated from Lithuania to Brazil during the Soviet occupation, which supposedly gives Abromavičius the right to retain multiple citizenship).

In the past day, Abromavičius did not respond to UNIAN correspondents' phone calls. The agency sent him an official request asking to comment on this controversial situation and finally decide which citizenship – Ukrainian or Lithuanian – he is going to keep while having this cushy job as CEO of one of Ukraine's biggest enterprises, Ukroboronprom.

If you see a spelling error on our site, select it and press Ctrl+Enter
Tags:UkraineUkroboronpromLithuaniaviolationdualcitizenshipAivaras Abromavicius