Zelensky emphasized he had been elected as president who "will end the war." 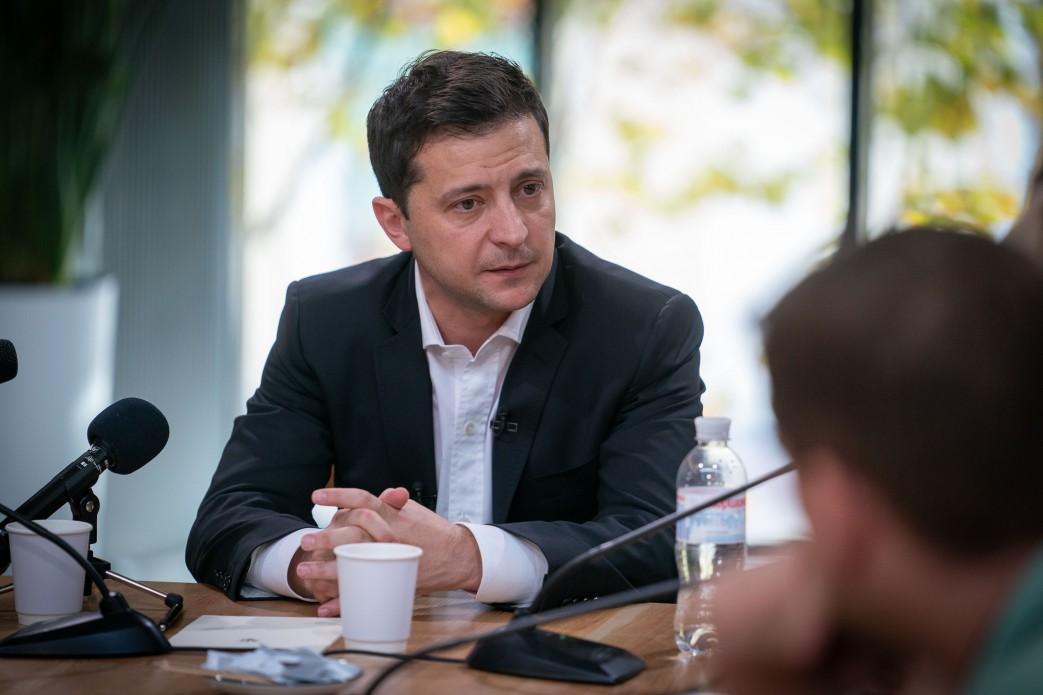 Ukrainian President Volodymyr Zelensky says his main mission as president is to end the war in Donbas.

"I think this is exactly my mission," he said during a press marathon on October 10, 2019, according to an UNIAN correspondent.

Zelensky emphasized he had been elected as president who "will end the war."

"That is how Zelensky remains and will always remain such a person," he added.

"Who is this person? Is he a separatist? Is he a militant or a Ukrainian? He is a Ukrainian. This person is normal. An ordinary Ukrainian who cannot leave his parents," Zelensky said.

According to him, it is the authorities who are guilty of not providing the opportunity for many people to move from the occupied territory. According to him, if someone in Donbas thinks he is not a Ukrainian, "I can't get into his brain right now and I can't explain to him – this is his vision and this is his desire."

"All that part of the people who live there, and they know, think and feel like Ukrainians, they must know we do not leave them, we do not abandon them, we will definitely return them together with the territory," Zelensky said.

"This is our plan A," the president stressed.

"And the 'plan B' – all those who feel themselves to be Ukrainians – if we have a long history, a long way with the return of the territories, people will still be a priority, and we must provide them with the opportunity to be here," he added.

If you see a spelling error on our site, select it and press Ctrl+Enter
Tags:UkrainepresidentplanmissionreturnoccupiedterritoriesDonbasWarZelensky