He hopes deputies will continue to perform just as quickly and efficiently. 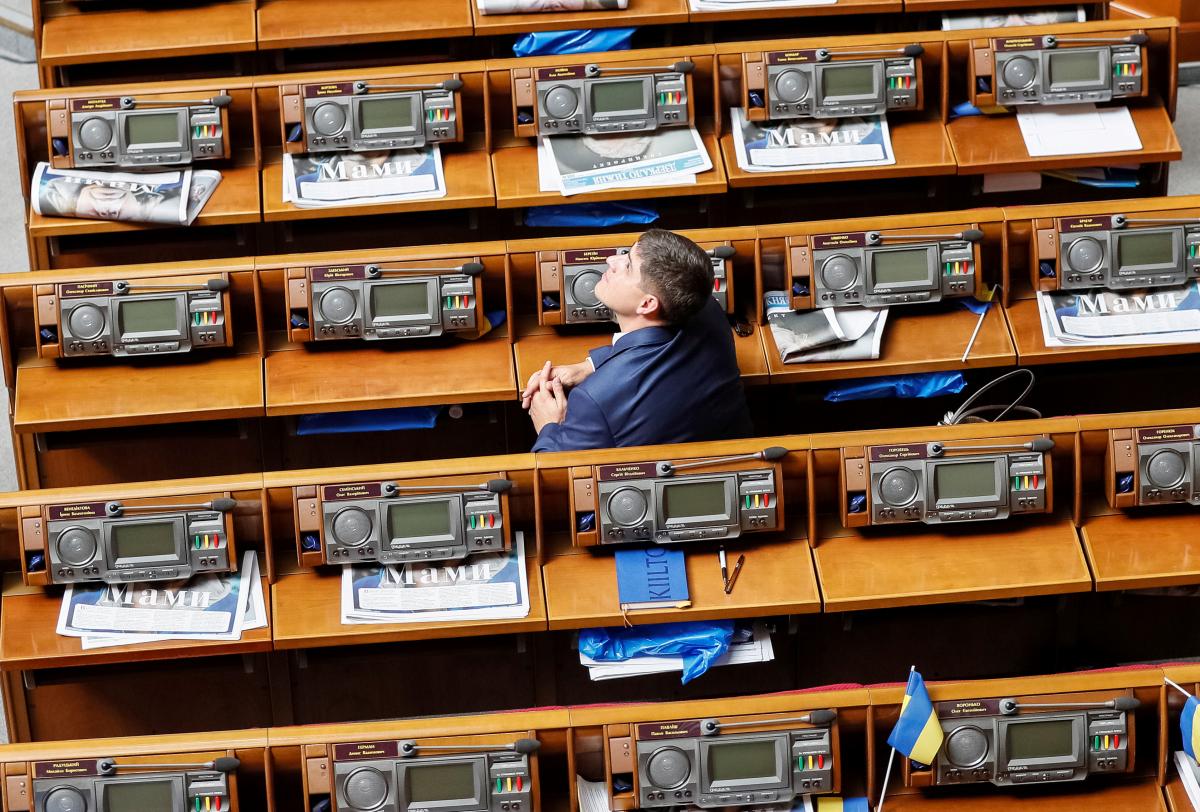 Deputies of the Verkhovna Rada of Ukraine, the country's parliament, of the IX convocation over the first 50 days of their work considered 209 bills and passed 56 of them, says Rada Chair Dmytro Razumkov.

Opening a parliament meeting Thursday, he noted it was the 50th day of Rada's work, according to an UNIAN correspondent.

"We are working quite fruitfully and really live in turbo mode, for which I'm grateful to everyone," Razumkov said, addressing the deputies.

"We have considered 209 bills during this period and adopted a total of 56 laws. I think that any of these [achievements] could hardly be compared to those of any previous parliaments," said Razumkov.

He expressed hope that the deputies would continue to perform just as quickly and efficiently.

As UNIAN reported earlier, first deputy chairman of the Verkhovna Rada of Ukraine Ruslan Stefanchuk told when the Rada would soon stop working in the "turbo mode" and switch to normal operation.

If you see a spelling error on our site, select it and press Ctrl+Enter
Tags:RadaParliamentlegislatureRazumkov