Defendants are now suspected of taking illegal possession of assets through abuse of power by prior conspiracy and of forging documents. 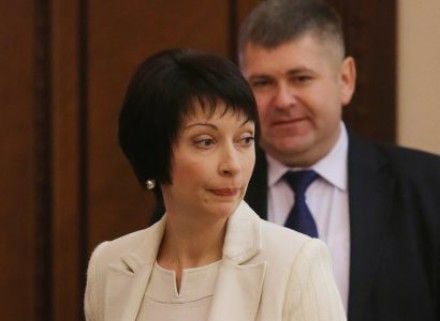 The Prosecutor General’s Office announced an updated version of the previously reported charges put forward against former Justice Minister Olena Lukash and other top officials who were in office during the rule of disgraced ex-president Viktor Yanukovych.

Lukash and other defendants are now suspected of taking illegal possession of assets through abuse of power by prior conspiracy and of forging documents, according to the PGO press service.

The suspects are charged with snatching over UAH 2.5 million from the state budget. The case concerns the National Program for Adaptation of Ukrainian Law to EU Legislation.

The investigated is underway in the framework of Part 5 Article 191 (misappropriation, embezzlement of property or taking it by abuse of official position) and Part 2 Article 366 (forgery by an official) of the Criminal Code of Ukraine.

As UNIAN reported earlier, on October 11, the Prosecutor General's Office summoned Olena Lukash for questioning as part of the investigation into the embezzlement of budget funds and forgery by an official.

If you see a spelling error on our site, select it and press Ctrl+Enter
Tags:PGOcharges